Over the past six months, the Northeast has been hammered with unexpected and extreme weather.  Tornadoes tore through Western Massachusetts in June and Hurricane Irene wreaked havoc throughout the entire region in August, devastating Vermont with the worst flooding they’ve seen in 84 years.  We also felt the strongest earthquake to rattle the region since World War II, and last month’s October snowstorm left a reported three million on the East Coast without power.  The image below of Connecticut Light & Power (CL&P)’s power outage map, taken on the morning of October 30, begins to illustrate the stark and extensive aftereffects of these storms. During the peak of the outage 830,000 customers were left in the dark: no lights, no heat, no water…and in some towns for as long as 10 days. These events force communities and government to seriously grapple with, and possibly rethink, emergency preparedness plans. 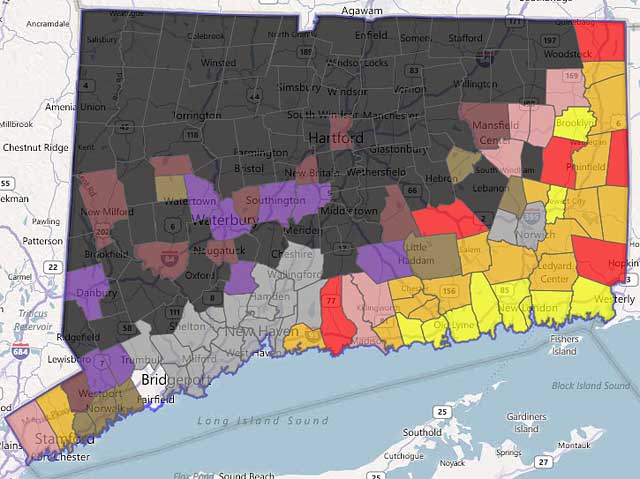 ICLEI-Local Governments for Sustainability’s Climate Resilient Communities Program focuses entirely on preparing communities for the unavoidable impacts of climate change, including severe flooding, frequent extreme heat days, and declining air quality expected for the Northeast.  But are communities prepared for another major power outage like October’s? Imagine if the outage had occurred during the truly cold months of winter, where frozen pipes and no heat produce an even deadlier scenario. Imagine a future where a major power outage is less of a concern because buildings and homes are energy efficient enough to run solely on renewable energy generated and stored on site.  Or in other words, we’d live in an era of Zero Net Energy (ZNE) buildings – buildings that produce as much energy as they use. Although there are currently only a small number of these highly efficient buildings out there, they are becoming more and more feasible thanks to advances in construction technologies, renewable energy systems, and academic research.  For example, North Shore Community College is Massachusetts’ first state-owned ZNE building, and perhaps could function as a safe-haven for citizens in need, following or during a natural disaster. ZNE buildings, especially ZNE public buildings, might be exactly the thing communities should be looking to factor into their emergency preparedness and disaster relief plans, even their climate resiliency plans. It’d be a wise investment for all major cities to have access to something of the like. NEEP began exploring the concept of ZNE public buildings working as part of emergency relief solutions at NEEP’s first Regional Zero Net Energy Summit two weeks ago in Rhode Island, and is in the process of developing a roadmap for the Northeast and Mid-Atlantic to achieve greater energy independence and reduce greenhouse gas emissions through ZNE buildings. The final report will be available in January 2012 and will help to identify what the region can do in the next several years to lay the foundation for a future where all public buildings produce as much energy as they consume, while also offering refuge to its citizens in times of major disaster.