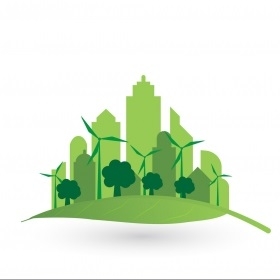 The American Council for an Energy-Efficient Economy (ACEEE) produces an annual scorecard ranking 100 major cities across the United States on their clean energy efforts.

The year 2020 has been defined by many things; an unprecedented pandemic, a presidential election, and a national reckoning with social and racial justice. In Massachusetts, while all of that has been going on, a growing coalition of building professionals, municipal staff, and energy advocates has been working tirelessly to push the envelope on zero energy building codes in the state.

At the forefront of the COVID-19 pandemic is the topic of reopening schools, whether that be at the elementary, high school, or university level. The global crisis has shed light on the quality of learning environments, and further emphasizes the growing body of research that establishes the role those environments play in both occupant health and student achievement.

I'll never forget moving into my first home during junior year of college. It was a spacious, rambling ranch with over 4.6 acres of wooded area at the end of a quiet neighborhood. It was anything but typical for a college student, so understandably, we were head over heels and excited to move in.

NEEP has been pursuing energy code initiatives at local, state, and regional levels since its inception in 1996. As homes and buildings continue to be one of the largest users of energy in the United States, energy codes work is a strong catalyst for driving down energy use and carbon emissions while improving public health.

Energy codes can push the market in powerful ways. Their pervasive influence in the sustainability industry works to promote increased renewable energy production, grid interconnectedness, and housing affordability. With the added benefit that they improve public health, there has never been a more important time to focus on advanced building energy codes than during the current COVID-19 pandemic.

I know what you’re thinking, “not another COVID-19 blog.” Understandable, though as industries across the nation face impending challenges due to the pandemic, these unprecedented times call for unprecedented measures to remediate further business interruptions.With economic impacts intensifying across the nation, the real estate industry has been quick to make changes and adapt to current social distancing guidelines.

Since the dawn of time, energy efficiency supporters have touted benchmarking as the critical first step to reducing energy consumption in the buildings sector. Whether it's the first step or not, the age-old saying "you can't manage what you don't measure" is true. Assessing our energy performance is critical to inform improvement efforts.

During the Great Depression, women were discouraged from working. Why? So that the few jobs available could go to heads of households, aka male breadwinners.

But then, along comes World War II and the majority of the workforce is gone, off to fight the war. The need for war supplies continued to exist and factories across the nation needed workers. What could they do? Who could fill those roles?

Women! Yes the same women once discouraged from entering the workforce.