Born on the Bayou: The True Story of How NEEP Came to Be

Thank you for helping us create the future together. This blog is one of a series celebrating NEEP's 20th Anniversary. Stay tuned for more on the history of energy efficiency in the region.

A mangrove swamp in Florida is not the first thing that comes to mind when thinking about NEEP. It’s not in the Northeast. There are no buildings in sight. And the only energy efficiency at play is how hard to paddle your canoe. 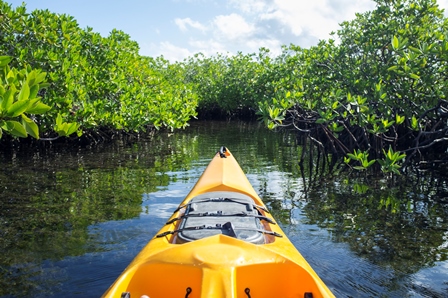 But as few people know, this is where the idea of NEEP was born way back in 1995, when two friends —Sue Coakley, then working as a consultant to help utilities develop energy efficiency plans and budgets, and Dave Hewitt, an independent consultant based out of Oregon — decided to attend a national conference of utility commissioners (NARUC) a day early to do some canoeing in the Green Swamp Wilderness Preserve.

Twenty years ago, the energy efficiency landscape looked very different than it does today. Energy efficiency programs, as we know them now, were at an early stage. Utility restructuring was underway, which meant that few new power plants were being built. Energy costs were relatively high, especially in congested areas like New York City and southwest Connecticut.

Back then, there were many more electric utility companies across the region than there are today. And in those early days of efficiency programs when CFL rebates were popular, there was a great deal of confusion among customers, who would sometimes encounter multiple competing messages when navigating the lighting aisles of their favorite stores.

Regulators and utilities alike began to realize that efficiency could help them lower the demand for new, more expensive generation. During this time, the nation was working to implement the federal Clean Air Act, created to clean up power plant emissions as a way of improving air quality and halting damaging acid rain.
According to Hewitt, it was while paddling through the mangroves outside of Tampa that the idea of NEEP was born. “Market transformation was around and people were working on it. We thought there was enough similarity in some of the Northeast states that we should be working jointly. To do this, we needed high level support from the utilities. That was the seed of NEEP,” said Hewitt.

The Birth of a Regional Energy Efficiency Organization: Funding from the EPA

The next day, as Coakley and Hewitt participated in a conference session on market transformation, they pitched the idea, and received a great reception. Within a year, Coakley had won funding from the U.S. Environmental Protection Agency and a handful of utilities, drafted her first board of directors, and the Northeast Energy Efficiency Partnerships was incorporated. 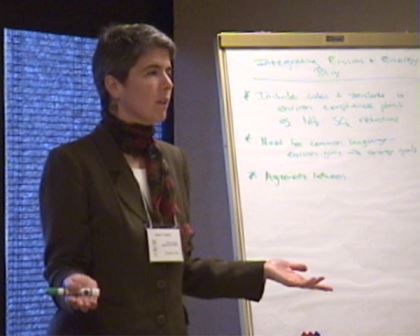 “Sue was a force of nature that really just gets thing done. She pulled it together, contacted the right people," said Hewitt. "I was in on the concept development, but Sue did all the work. While the idea was picked up in the Northwest around the same time, Sue named hers first. They got born out of the same work,” added Coakley. “NEEP and other early regional energy efficiency organizations were formed when it became clear that strategic multi-state collaboration among energy efficiency actors was needed to effectively advance efficiency and transform markets for the long term. We needed all hands rowing in the same direction: utilities, states and federal agencies, and very importantly, market actors.”

Once the hands were rowing in the right direction, it made sense to others too.

Serving as an Expert on the Ground: Growing the Efficiency Marketplace in a Coordinated Effort

“When NEEP was getting established, they came forward with what was a very compelling premise that they could help grow the energy efficiency marketplace in the Northeast by being an expert group on the ground," recalled Dr. Kathleen Hogan, now Deputy Assistant Secretary for Energy Efficiency with the U.S. Department of Energy, but with EPA at the time.

“But more than that,” Hogan continued, “one that could reach out and work with programs to help them to do things in a more coordinated fashion, and get more bang for the buck. And as you get good bang for the buck, that becomes a bit of a snowball effect. When organizations have the information and tools to deliver success, good results can drive more investments. So you’ve got this expanding circle.”

Hogan noted that she has worked with NEEP since the very beginning. “NEEP has played a big role in helping the utilities and other program administrators be as effective as possible, as well as helping them develop new tools and resources, such as doing EM&V that is consistent and credible,” she said.

“It’s been great to watch what NEEP has been able to do in the Northeast and Mid-Atlantic region over the past two decades. It’s also been great to watch NEEP identify the gaps and things that may hinder the market, and be able to tackle them in a concerted fashion to get results. If you look at the trajectory of increased investments in efficiency over the years, certainly NEEP has played an important part of that,” said Hogan.

Hewitt added: “If you look at the success of market transformation, the success of codes, and the success of utility programs — all three of those things have worked very well. I do think the regional organizations, especially NEEP, have been very effective in moving the bar forward and pushing for energy efficiency.” 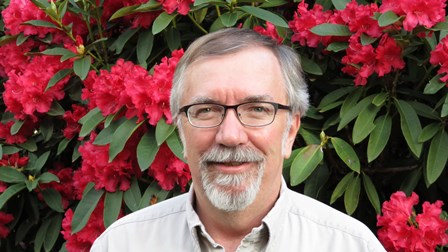 What's Next? Moving into Next Generation Energy Efficiency

As we move into the Next Generation of energy efficiency, Hewitt is among those who see a vital role for NEEP. “I think especially with the electric utilities, we’re seeing huge change. I think the thing that really is going to happen is figuring out how we deal with renewable energy and storage, demand control and transportation on a distributed basis. It’s almost reinventing the grid. These are really key things going forward. Getting on that path as rapidly as possible will help consumers. I think NEEP may have a really critical role to play in figuring out how that distributed energy future happens,” said Hewitt.

“NEEP and the Northeast region have changed enormously over the past 20 years,” said Steve Nadel, Executive Director of the American Council for an Energy-Efficient Economy. “Twenty years ago, NEEP was primarily providing coordination between the many energy saving programs in a region that was achieving moderate incremental savings each year.”

Clearly, more work is left to do.

“With major market transformation on the horizon, with LED lighting and higher program savings goals, we have to look at energy efficiency quite differently,” Coakley explained. “It isn’t just about procuring, it really is about a process and system that is increasing efficiency over time — buildings, businesses, homes as evolving entities with new kinds of loads and new kinds of technology  that allow you to look at a customer facility not only as what do you consume, but what do you produce? How are you a resource to the grid?”

“This Next Generation looks not just at the utility as the only service provider, as the only option. Now we have the total energy market transformation, where efficiency is enabling a lot of other solutions. Ten years from now, things could be really different. They will be climate resilient, energy efficient and low-carbon,” said Coakley.

“Going forward, energy efficiency enables the transition to a new energy future. It’s the money we’re saving, the smaller footprint we’re serving. It’s the controls we use to manage our energy and be smart about it, and allow us to integrate other options and be connected to the grid. Who will provide those services, technologies, and solutions? That story is being written today,” said Coakley.