Following a long period of frustration for advocates of appliance energy efficiency standards, a series of recent activities at the federal level are cause for cautious optimism. Over the past two years, efficiency advocates became discouraged by the regulatory logjam that had accumulated at the federal regulatory review agency, the Office of Management and Budget (OMB).  A backlog of regulations, and subsequent deferred implementation of numerous product efficiency standards, resulted in the delayed realization of significant energy savings. The Appliance Standards Awareness Project (ASAP) developed an analysis  to highlight the significance of these unnecessary postponements.  Two recently completed rules for distribution transformers and microwaves — both of which were held up at OMB, may indicate a thawing of the process. Signs show there are other overdue rules that are also close to being released by the Bureau. The timing of these final rules being published coincides very closely with the naming of a new head at the U.S. Department of Energy (DOE) and, more importantly, with President Obama’s renewed commitment to combating climate change — both of whom explicitly call for strong appliance efficiency standards to play a prominent role for the nation’s strategy. During his first public speech as DOE head at the 2013 Energy Efficiency Global Forum in May, Dr. Ernest Moniz said he was making energy efficiency a focal point during his tenure as Secretary of Energy.  He touted the appliance standards that DOE enacted over the last four years, which will save American families trillions of dollars over a few decades. The Department, he promised, will work to facilitate the development of new appliance standards. In a June 25 speech at Georgetown University announcing his Climate Action Plan, President Obama said that appliance standards aren't “sexy,” but can do a lot to help cut CO2 emissions. In the Plan, he committed to a new appliance energy efficiency goal: "Efficiency standards for appliances and federal buildings set in the first and second terms combined will reduce carbon pollution by at least 3 billion metric tons cumulatively by 2030 — equivalent to nearly one-half of the carbon pollution from the entire U.S. energy sector for one year — while continuing to cut families' energy bills." 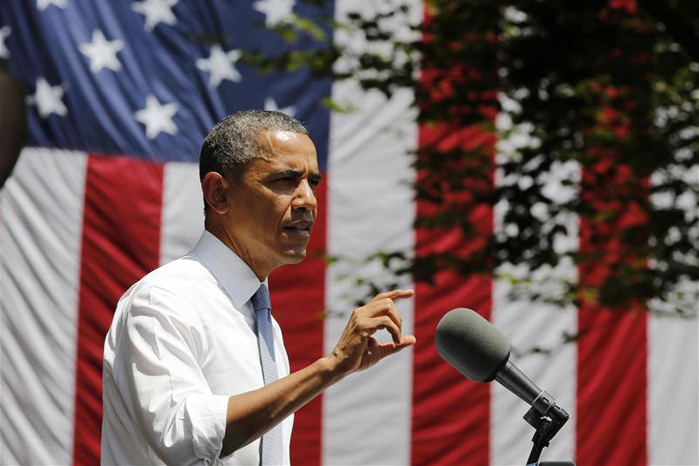 “So I know these standards don't sound all that sexy, but think of it this way: That's the equivalent of planting 7.6 billion trees and letting them grow for 10 years -- all while doing the dishes. It is a great deal and we need to be doing it.”
– President Barak Obama, unveiling his Climate Action Plan
These recent actions taken together point to new possibilities for federal appliance efficiency standards in President Obama’s second term.  NEEP and are allies intend to be there to ensure that these promises are kept.