Energy Efficiency is Life-Safety: Shifting the Conversation Around the Purpose of Building Codes

Building code boards and code officials around the region are tasked with developing and adopting building codes that improve the minimum life-safety standards of buildings. Life safety of buildings refers to the fire, electrical and structural safety of the built environment. As the effects of climate change continue to impact people’s lives, infrastructure, and buildings, building officials  must also consider how energy efficiency, resiliency, and emissions reduction in buildings are linked to life-safety. This is a noticeable shift from how building codes have historically been implemented.

Since their inception, building codes have functioned as a means for ensuring that buildings are structurally sound and safe for all that may occupy them by regulating the materials and construction of buildings. Fire prevention, the great 1874 Chicago and 1904 Baltimore fires were key drivers of fire safety codes  in the United States.

Prior to the International Code Council (ICC) which publishes the national codes that states promulgate locally, regional codes were developed by the Building Officials Code Administrators International (BOCA), Southern Building Code Congress International (SBCCI), and International Conference of Building Officials (ICBO). These regional building codes improved fire and life safety in buildings until 1994 when the three groups combined to form the ICC. The ICC published the first International Energy Conservation Code (IECC) in 1998 and has continued to update - along with the other building codes (i.e. Fuel Gas Code, Swimming Pool and Spa Code, Residential IRC and Building IBC Codes) the IECC on a three-year development cycle.

Building code boards are grappling with their mandate and the overall intent and purpose of building codes as they are now being asked to implement requirements for energy efficiency, renewable energy, electrification, and embodied carbon. Emission reduction goals are ramping up in many states and code boards are being charged to help advance these goals through codes that previously have been promulgated without consideration for addressing climate change. The ICC Board recently issued a memo that the scope of the 2024 IECC currently being developed can go beyond building energy use and can include energy resources and greenhouse gas reduction as a code minimum factor. Meaning technologies such as EV charging, embodied carbon reduction and PV can be included in the energy code, which in the past only included energy efficiency provisions.

In 2008, Massachusetts became the first state enact comprehensive legislation for addressing climate change with the Global Warming Solutions Act. A year later, it implemented the nation’s first stretch energy code. This stretch code placed emphasis on building codes as a key component in how states can reach their carbon reduction goals and address climate change. Since then, other states like New York, Vermont, Rhode Island, Maryland, Washington, D.C., and most recently Maine, have implemented stretch codes of their own. (See NEEP Code Tracker for more information.) 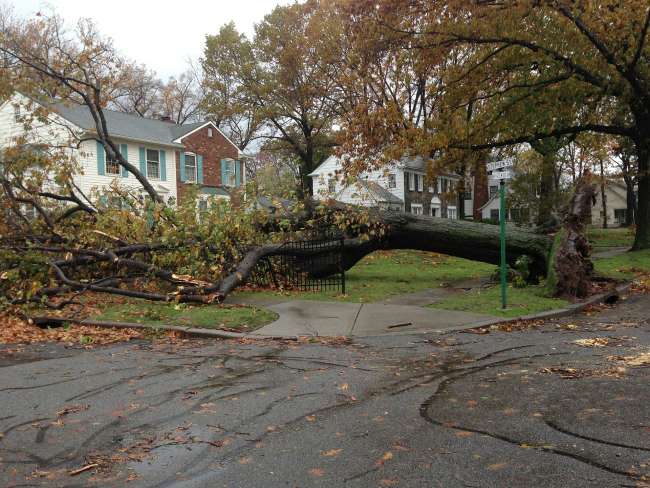 Major weather events like Hurricane Sandy (2012) and Hurricane Ida (2021) that have impacted Massachusetts and other states in the NEEP region have made it clear that there is a certain connection between climate mitigation strategies and building life-safety.

Energy efficiency is a climate mitigation strategy to lower a building’s energy consumption over its life cycle. Techniques for achieving higher energy efficiency like improved insulation, reduced thermal bridging, and airtightness can also improve the building’s resiliency. During major weather events and periods of extreme temperatures, resilient buildings improve passive survivability for building occupants by maintaining comfortable indoor temperatures for longer when there is a loss of heating or power. When building occupants are forced to shelter in place during severe storms, resiliency through energy efficiency measures is considered a key part of a building’s life-safety.

Given the increased frequency and unpredictability of climate related events around the region, the overall understanding of what is considered life-safety in building codes must evolve. Most buildings built today will still be around in 2050, meaning that energy efficiency should not be an afterthought when improving life safety. It is important that code boards understand this connection because their charge to develop, adopt, and enforce building codes that improve the minimum life safety of buildings is contingent upon mitigating the impacts of climate change for both people and the buildings they inhabit.