Get ready – you might never purchase a fuel economy car again.

You heard that right; the electric vehicle boom is upon us and here to stay. And I know what you’re thinking: NEEP works on decarbonizing buildings, so why are we talking about transportation? By the end of this blog, the connection will become clear. To begin, I will provide some context on why it is time to focus on electric vehicles.

Infrastructure has a critical role to play in this initiative, as electric vehicles require new technologies and mechanisms to make them viable for both our beloved cross-country road trips as well as our day-to-day travel. Numerous and fast charging stations on the highways are a must, but it also means homes and buildings, where most people will be charging their vehicles, will play a central role in increasing accessibility and lowering costs for consumers.

Despite the COVID-19 pandemic, the electric vehicle market remarkably still had a good year for sales both globally and nationally and is steadily increasing its share of new vehicles sold in the U.S. It is projected that EVs could make up a quarter of vehicle sales in America by 2030, up from 1.8 percent currently. This means that millions of electric vehicles requiring convenient charging stations will occupy the nation’s roads, bridges, and city streets. The EV market also outperformed the auto-market as a whole, indicating an industry shift in the U.S. If you need more convincing, look at other areas around the world: electric vehicles already comprise roughly 10 percent of the market in Europe, up from three percent in 2019, and around 5.5 percent in China – and these markets are growing. 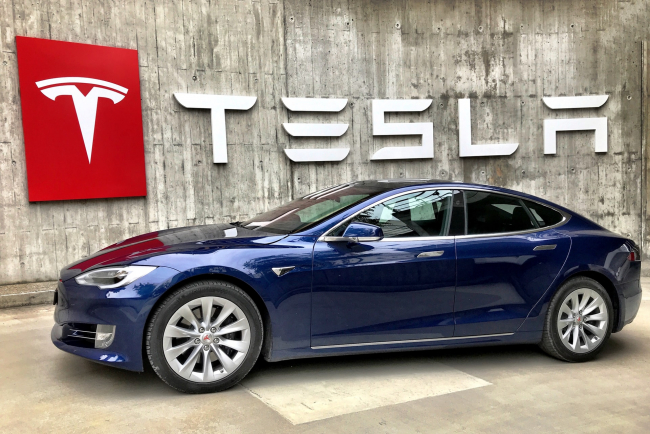 While this growth has in part been the result of government subsidies, private enterprise has also been a primary driver. Tesla is the largest seller of electric vehicles in China and the U.S., but they will soon face some strong competition. In early 2021, 17 of the world’s largest car manufacturers released public commitments to offer more electric vehicle models over the next 10 years, including General Motors, Ford, Honda, Toyota, Kia, Nissan, and luxury brands such as Audi, BMW, and Mercedes Benz. Even Ford just announced an electric version of its F-Series truck, the best-selling car in America. But this growth in the market begs a serious logistical question: is our infrastructure ready for this transition?

The short answer: no. Though electric vehicle prices are becoming competitive in the market and produce significant fuel savings over their standard 10-20 year lifetime, there are still several consumer barriers. EV range is still below consumer desires (though improving) and charging infrastructure is nowhere near the capacity it needs to be even if vehicle range improves. There are also concerns about EV batteries during collisions. These barriers threaten to limit the growth of the EV market.

Take me, for example. I drive a Toyota Prius, a hybrid electric vehicle, and while I could gush over the hybrid tech, I would still prefer an electric vehicle given the fuel savings.

But even if it made sense, I wouldn’t be able to purchase an all-electric vehicle now anyways. Why? I do not have the charging infrastructure. Not only is there a cost barrier associated with installing a charging station – often four to six times more expensive if not done during new construction –  I am also a renter who does not own my property and, like 50 percent of Americans, I rely on on-street parking for my vehicle. My neighbor recently bought a Tesla and runs a 100ft cable from their kitchen out to their driveway to charge their car. This charging method takes nearly two full days to reach full charge. I also take routine trips up to Vermont – would I be able to charge my car up there?

This momentum in the market is great, but likely limited if potential buyers feel anxiety about where they can charge their vehicle and how far it will take them.

The Role of Buildings and Local Governments

The good news: we can be ready for the EV boom. Despite continuing consumer barriers, EV sales continue to rise and establish themselves in the market, demanding attention from private enterprise, consumers, and government. The Biden Administration recognizes charging infrastructure needs in its proposed infrastructure plan, which includes a goal of adding 500,000 EV chargers by the end of the decade and further programs that could unlock billions of dollars to help local areas install their own charging stations. It also plans on proposing additional incentives that will further spur this market and offset the upfront cost for consumers. 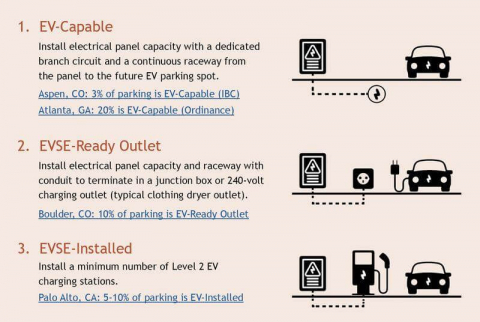 Local governments also have an opportunity to address the key barrier of electric vehicle charging. They can approve amendments to building codes – like the ones nearly included in the 2021 IECC and IBC – that require installing EV parking infrastructure during new construction. Installing this infrastructure during new construction is four to six times less expensive than installing charging stations as a home or building retrofit, mitigating a major cost barrier for consumers.

The increase in electric vehicle purchases is bound to continue as the Biden Administration proposes more incentives and leading car manufacturers continue to release electric versions of popular cars. Other countries have supported this market and understand that it is only viable with sufficient charging infrastructure. I mean, what’s better than driving cross-country and not paying for gas?

EVs are here to stay – how will you support the transition?

NEEP is available to answer any and all questions regarding electric vehicles, including providing model code amendments or legislation language. Reach out to Darren Port for more information.