Ma. StretchCode or: How I Learned to Stop Updating and Love the Timebomb

Unless Massachusetts communities push to update the state’s Stretch Code before July 1, 2014, the 20% boost in building energy efficiency it provides will evaporate, creating market confusion and violate the very concept behind its inception.

What is the Massachusetts Stretch Code? 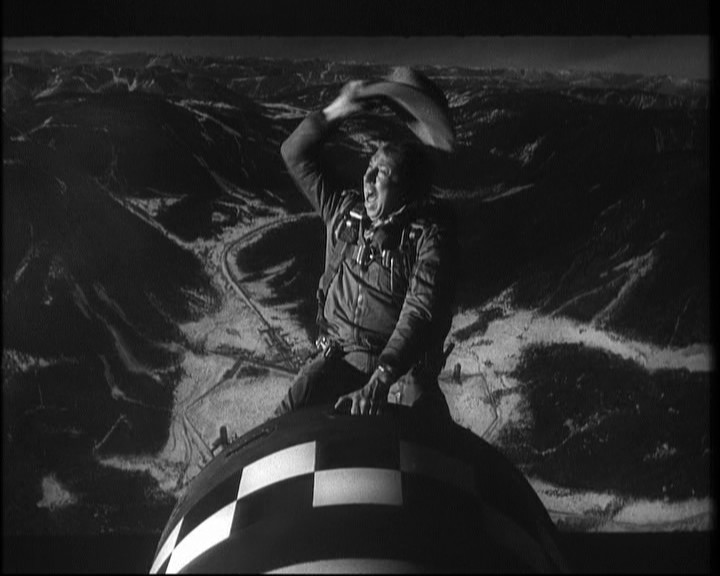 If the title and picture seem completely bizarre to you, I’d highly recommend watching Dr. Strangelove after you finish reading this post. It’s a classic.
Written in 2009, the Massachusetts Stretch Energy Code (Appendix AA) is a voluntary supplement to the energy code designed to help cities and towns claim incentives offered by the Green Communities Act. The Stretch Code is approximately 20 percent more energy efficient than the state’s current base code, the 2009 International Energy Conservation Code (2009 IECC), yielding annual energy savings of over $500 per home. [MORE] Why update the Stretch Code? The need to update the Massachusetts Stretch Code arose with the state’s adoption of a new base code, the 2012 IECC, this past July. The 2012 IECC, like the Stretch Code, is about 20 percent more energy efficient than the 2009 IECC (in fact, the 2012 IECC borrows some language directly from the Stretch Code). As such, when the 2012 IECC goes into full effect on July 1, 2014, the Stretch Code would be essentially equivalent to the base code. Since the Green Communities Act requires participants to adopt an advanced building energy code, the Stretch Code communities could technically be held responsible for developing and legislating their own stretch codes, creating much confusion at both municipal and state levels. There is mixed news regarding the Stretch Code update process: Bad news: Instead of pursuing a written draft, the Mass. Department of Energy Resources (DOER) has opened a public comment period on the general topics that should be covered by the next version of the Stretch Code. Moreover, DOER has not set a deadline for these comments and has, by all indications, put the Stretch Code update on the political back burner. Good news: This provides an opportunity for communities that have adopted or are considering adopting the Stretch Code to voice their support for prioritizing the update. Only 15 stakeholders have responded thus far, so a wave of comments would make a significant impact. 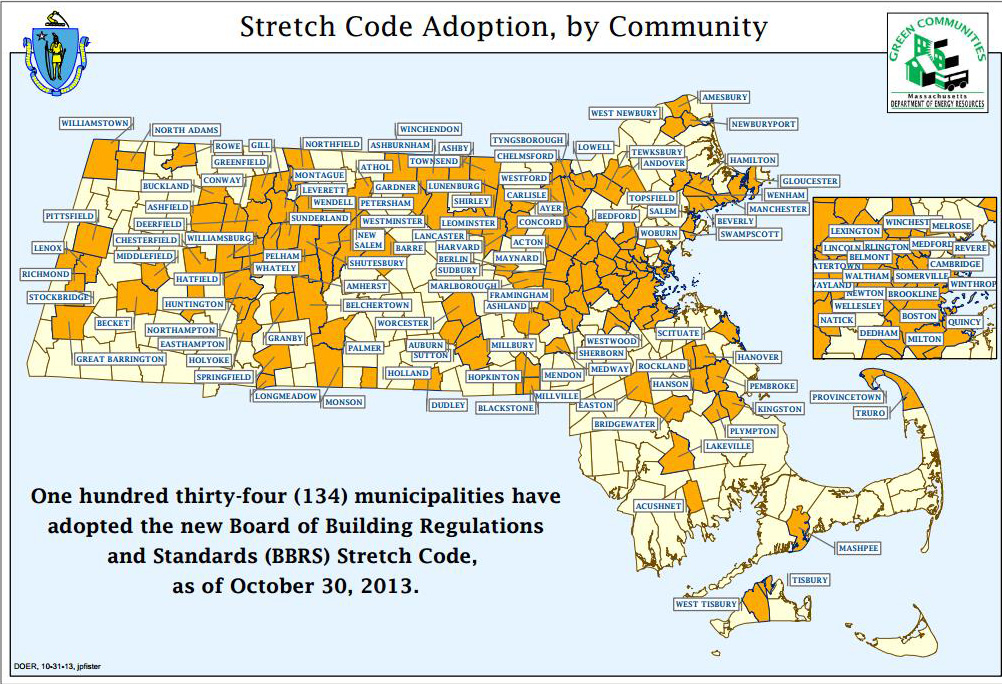 To date, 134 municipalities have adopted the Stretch Code as their mandatory energy code.
What can I do? Stretch code stakeholders can submit their comments to stretchcode@state.ma.us. DOER asks that comments be organized into three sections—Core Concepts, Suggested Improvements, and New Suggestions—as explained in their webinar.  NEEP has submitted our comments to DOER, which has started posting the comments it has received on its Green Communities page.  NEEP has also developed a comment template, which includes NEEP’s key messages: To learn more about the Massachusetts stretch code or adopting a stretch code in your state, check out NEEP’s Model Progressive Building Energy Codes Policy or contact Kevin Rose.
Tags Building Energy Codes DOER Green Communities Act IECC MA stretch code U.S. Department of Energy