This post originally appeared on Switchboard, a blog by NRDC.

Industry and energy efficiency advocates have come to a major agreement, officially approved today, on updated efficiency standards for commercial air conditioners and furnaces that, once adopted, will lead to huge energy and dollar savings for more than half of the nation's nonresidential buildings.

The standards will save almost 15 quadrillion BTU (quads) of energy from more efficient equipment shipped over the next 30 years. That's almost as much energy as is in all the coal burned in the United States to generate electricity in a year! Many Department of Energy standards lead to savings of 1 quad or less. While these add up to significant savings when added together - by 2035, existing efficiency standards will have saved 200 quads cumulatively - simply put, a single standard that saves almost 15 quads is a really big deal (and the largest amount from a single energy efficiency standard issued by DOE to date).

And one that both industry and efficiency advocates can agree on? That's an even bigger deal.

The energy consumption avoided from this agreement also will lead to huge savings on utility bills - a net of almost $50 billion over the life of the standards - and avoid 815 million metric tons of carbon pollution over the life of the rule. Given that this equipment lasts for close to 20 years, improving its efficiency saves money for the building owner for years to come. The carbon pollution reductions will be 71 million metric tons cumulatively through 2030 - a big step toward President Obama's goal of 3 billion tons of pollution reduction by 2030. 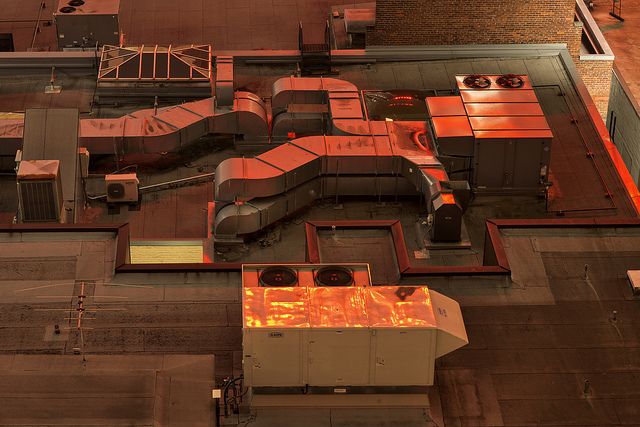 The agreement is the result of a formal negotiated rulemaking led by the U.S. Department of Energy (DOE), which industry and advocates (including NRDC) jointly requested at the beginning of the year. Seventeen stakeholders formed the negotiating committee, including equipment manufacturers (such as Goodman, Rheem, Lennox, and others), contractors and installers, utilities, efficiency groups, and DOE. Back in the fall, the Department of Energy proposed a rule for commercial air conditioners thatNRDC and other advocates strongly supported. We entered into negotiations with the hope of coming up with an agreement that would continue to deliver these big energy savings in a way that had broad agreement. This week, we came to an agreement that did just that and it was approved today by DOE's Appliance Standards and Rulemaking Federal Advisory Committee (ASRAC). Next, DOE will work to finalize a rule based on the agreed terms.

What's in the agreement?

The next step is for DOE to propose final standards based on this agreement, which is scheduled to be completed by the end of the year. Given the broad group of stakeholders represented in the negotiations, little opposition is expected to these final standards.