Given the devastation in the Northeast wrought by Hurricane Sandy, climate change is back in the news. And a new report by the Washington D.C.-based think tank Resources for the Future has gotten significant attention because it finds that the U.S. contribution to greenhouse gas emissions may be lower in 2020 than it would have been had Congress passed the Waxman-Markey cap and trade bill. “US Status on Climate Change Mitigation,” by Dallaw Burtaw and Matt Woerman, projects that the U.S. is on course to reduce greenhouse gas emissions by 16 below 2005 levels by 2020, close to the goal announced by President Obama a few years ago. For those concerned with climate change, this news will be greeted with relief. We may still have time to put in place energy and environmental policies that can avert dangerous climate change scenarios. A quick view of the report's findings can be seen in this graphic: 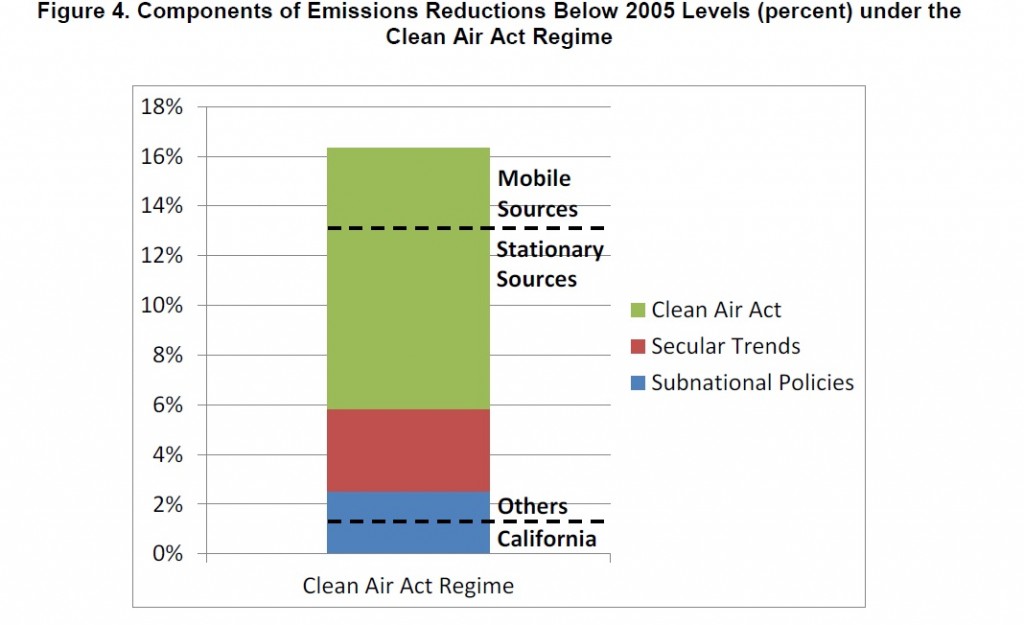 While a large portion of reductions are expected to come from federal clean air rules, Burtaw and Woerman find that the “expanded influence of energy efficiency” on electricity demand, along with new natural gas power generation, will reduce emissions by over three percent by 2020. Federal appliance standards and state building energy codes can help “lock in” lower electricity demand over time without diminishing productivity. Additionally, state level energy efficiency and renewable energy programs, the Regional Greenhouse Gas Initiative (RGGI), and California’s cap and trade program will contribute an additional 2.5 percent of the emissions reductions. The report serves as a reminder that while climate change has not been the significant driver of energy policy in the Northeast that it once was (and it has largely disappeared as an issue in the presidential election), state and regional energy efficiency policy remains an important tool in our efforts to mitigate greenhouse gas emissions. We hope that future federal energy and environmental policy will buttress, and not undermine, these policy innovations.