2021 is off to the races. Still facing a pandemic, legislative sessions are reopening their doors virtually this year. While states have so far kicked off their legislative sessions on time, they have never done so quite like this. Many, like Connecticut, held chilly swearing in and opening ceremonies outdoors. Maryland began its session without the usual pomp and circumstance, and New Hampshire tested out “drive-in democracy” by convening in a parking lot at the University of New Hampshire! With a vaccine on the way and the clock ticking on climate mitigation, 2021 is sure to have a lot to offer. It’s been two months and we can already see a few trends forming, including carbon neutral targets and carbon pricing/trading.

Six pieces of legislation from Massachusetts, Maryland, Rhode Island, and New Hampshire were introduced to establish carbon neutral greenhouse gas (GHG) targets. It’s very exciting to see goals trending in this direction, but looking back we can see that this “new” trend started last year. A portion of our policy blog from exactly a year ago is on this very topic! Here is a recap of carbon neutral targets and why they are important. Back in 2018, the Intergovernmental Panel on Climate Change (IPCC) released reports stating that to limit the impacts of global warming to 1.5 degrees Celsius above a pre-industrial level we would need to achieve carbon neutrality by 2050. Most states in the Northeast have carbon reduction targets of 80 percent by 2050, some of the strongest in the country. New York was the first state to adopt a carbon neutral target with the passage of the Climate Leadership and Community Act of 2019 (CLCPA). The CLCPA set a carbon reduction target of 85 percent by 2050 and a carbon capture target of 15 percent to trap the remaining emissions. This 85-15 model has become the standard for carbon neutral legislation.

Unfortunately, this initiative did not make much progress in 2020. Legislation from Massachusetts, Maryland, and Rhode Island did not make it for various reasons, but the second time may be the charm. Every year, climate change and carbon mitigation are taken more seriously, and I have hope that this round of legislation will take the region to new heights. 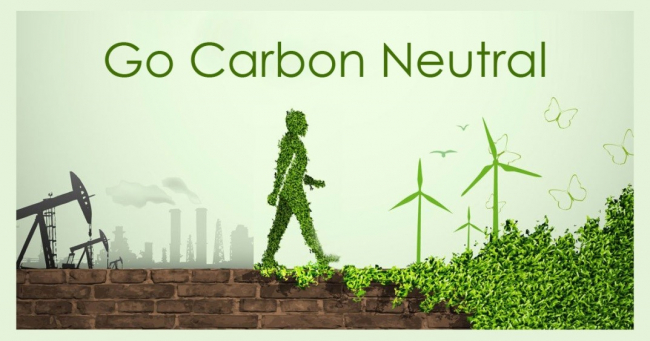 This isn’t to say that NO progress was made on carbon neutral targets in 2020. In April, Governor Baker from Massachusetts signed a letter of determination that changed the legal emissions limit of the 2008 Global Warming Solutions Act (GWSA) from 80 percent by 2050 to carbon neutral by 2050, with no less than 85 percent GHG reductions. Last year’s policy tracker discussed Massachusetts’ climate omnibus bill S2477. This year we are talking about S9, the bill that S2477 eventually became after a year of failed amendments, conference committee meetings, and reintroductions. This January, S9 made its way through congress and to the governor’s desk TWICE (a function of Massachusetts’s two-year legislative cycle ending and beginning again last month).

S9 is a landmark piece of climate legislation that incorporates a carbon neutral by 2050 goal with interim targets of 50 percent by 2030 and 75 percent by 2040. While the language about statewide benchmarking was dropped between S2477 and S9, S9 includes a lot of exemplary items including:

S9 is currently back with congress after Governor Baker returned it with amendments (S13) that strengthen the environmental justice policy language but downgrade the sector sub-targets from “legal requirements” to “planning tools” and the stretch energy code from “net zero” to “high performance.” The amendments also establish interim target ranges of 45 to 50 percent by 2030 and 65 to 75 percent by 2040. The new target ranges are intended to balance carbon reductions with cost effectiveness. The Senate now has to decide whether to override the Governor’s veto and push through its own version (S9) or pass the Governor’s new wording (S13). A veto override requires a two-thirds majority in both the House and the Senate which is very possible in Massachusetts given that the Democrats have a veto-proof supermajority in both branches.

Three other states (Rhode Island, New Hampshire and Maryland) also introduced carbon neutral legislation. Of the three, New Hampshire is the newest to enter the ring for carbon neutrality. An act establishing greenhouse gas emission reduction goals for the state and establishing a climate action plan (SB115/HB172) establishes the 85-15 carbon neutral goal with interim targets of 20 percent by 2030 and 50 percent by 2050. It also calls for the creation of a climate action plan which will outline strategies to achieve these mitigation goals as well as strategies to increase resiliency, adaptation, and environmental justice.

Rhode Island’s 2021 Act on Climate (S0078/H5445) is very similar to the legislation introduced last year. It updates the GHG reduction targets to 45 percent by 2030, 80 percent by 2040, and carbon neutral by 2050. It establishes the Rhode Island Executive Climate Change Coordinating Council to coordinate climate action across agencies and plan the state’s mitigation, resilience, and adaptation strategies. Strategies must identify support for workers to transition to a clean economy. The Act also requires the development of public metrics and an online public dashboard that will track both emissions reductions and sources of energy consumed by the state. Public dashboards are an increasingly popular way for states to provide transparency about their goals. They are clear mechanisms for monitoring performance, reporting, planning, and policymaking. 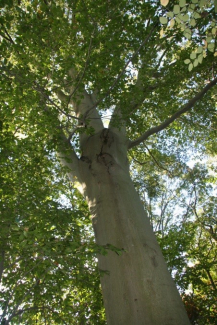 Maryland is also attempting to pass carbon neutral legislation for a second time. The Climate Action Now Act of 2021 (SB414) would be the strongest carbon reduction target yet if passed. It requires the state to reduce GHG emissions 60 percent from 2006 levels by 2030 and to be net-zero by 2045, five years earlier than other similar legislation. The bill highlights the use of sustainably-planted and maintained native trees as a method of carbon capture and promises to plant five million sustainable trees in the state by 2030. It also outlines requirements and exemptions for net-zero schools, and it establishes a Net-Zero School Loan Fund to help with these investments.

The idea that carbon and environmental impacts need to be valued has been working its way into various aspects of energy policy. Currently, many program administrators do not include climate or health impacts in their cost-effectiveness calculations for energy efficiency and distributed energy resource utility programs. This can skew results away from distributed energy resources. More and more states, however, are looking to accurately value carbon mitigation in these tests by following the guidance of the National Standard Practice Manual to create a jurisdictional based cost effectiveness test aligned with other local policy goals.

Valuing carbon can also be used to drive decarbonization by creating economic incentives and markets. Carbon pricing and carbon trading are two examples of this. Funds from such programs can be used to target environmental justice and equity. This past month New York and Rhode Island introduced legislation on carbon pricing. Rhode Island Bill S0154 establishes a fee on companies that sell fossil fuels in the state and sets up the Rhode Island Economic and Climate Resilience Climate Fund for creating employment and helping workers transition to low carbon industries. Funds can also be used to improve energy efficiency, advance adoption of clean energy technology, establish programs to safeguard low-income residents, and protect businesses that are high energy users. In New York, HB394 was introduced to the house and would establish a study commission to explore the public health, economic, and climate impacts of a national and regional carbon pricing mechanism. 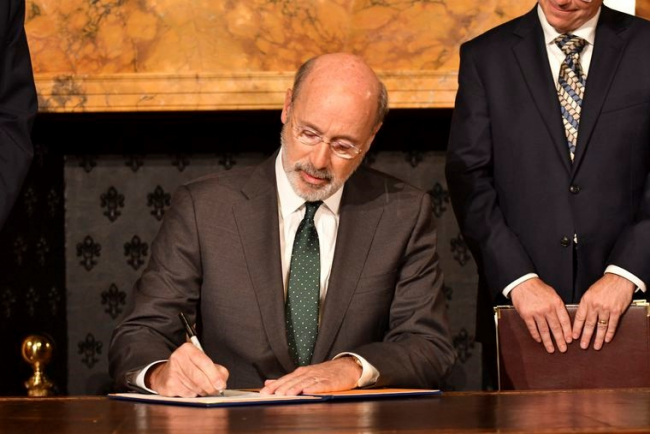 The Northeast is home to the Regional Greenhouse Gas Initiative (RGGI), a regional cap-and-trade program that creates a carbon market to reduce emissions from power plants. It creates incentives for power plants to reduce their emissions and allows big emitters to decide how they will reduce their emissions on their own. In 2019, Pennsylvania Governor Tim Wolfe proposed joining neighboring states in the collaborative, but was met with resistance from the conservative legislature. 2021 started off with another attempt by the legislature to disrupt the state’s entrance into RGGI. SB119 authorizes the EPA to conduct a public comment process and report on a carbon tax or fee and impacts to power plants and consumers. The bill states that no statutory authority exists that authorizes a state agency to regulate or impose a tax on carbon dioxide emissions and thus it is the responsibility of the legislature, not the governor. If passed, congress would have ultimate control over the state’s participation in RGGI.

Efficiency is off and running in 2021 and we are excited to see these initiatives take shape and bring the region closer to its 2050 climate goals. Check back for bi-monthly policy updates and decarbonization trends.