What ingredients are propelling Delaware, and what could ensure progress in New Hampshire? The following 2015 Regional Roundup case study takes a closer look at the paths these states are taking to capture all cost-effective energy efficiency.

In our 2013 Regional Roundup, we rated the state of Delaware as "Still in the Starting Blocks," noting that "the clock [ran] out before legislation aimed at fixing the funding mechanism and program administration for Delaware's efficiency programs could be passed." Still, we added that plenty of promise remained for Delaware to join the ranks of the 10 other states and the District of Columbia in enacting a policy for delivering rate-payer funded energy efficiency programs.

In the state of New Hampshire, by contrast, we described a situation whereby mounting evidence and substantial analysis had still not moved policymakers in the state to embrace the full value of energy efficiency, describing the situation thusly: "While New Hampshire has dedicated significant time to considering whether and how to make efficiency a first-order resource, action has yet to follow."

This year, we revisit these two states in particular, to examine why one state seems to be surging forward, while the other has been slow to make progress. 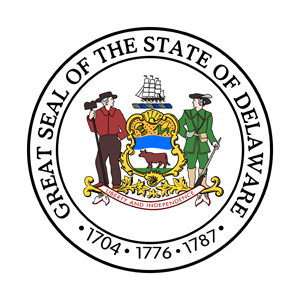 In 2014, Delaware’s per capita efficiency investments were about $5.65, compared to a 12-state regional average of $50.36, with leading states budgeting more than twice that amount. But thanks to strong administrative leadership, buy-in from lawmakers, a committed energy office staff, and a coordinated advocacy effort from non-profit and business groups alike, big changes are afoot in the First State.

After repeated legislative attempts to expand efficiency funding in Delaware, last summer saw the passage and signing of Senate Bill 150 — a turning point for the state, which will greatly expand cost-effective electric and gas efficiency programs for customers across Delaware. The Act allows utilities to deliver energy efficiency programs and recover the costs through rates, and specifies that they will operate in partnership with the existing, but chronically under-funded Sustainable Energy Utility (SEU) under the guidance of a new stakeholder Energy Efficiency Advisory Committee.

In the next year, the state’s largest utility — Delmarva Power and Light (DP&L) — will submit three-year plans and budgets with savings goals, evaluation measurement and verification, cost effectiveness screening, and the like. Though the state’s municipal electric companies and rural electric cooperatives have their own governance bodies, it is anticipated that they will work to align their program offerings with those of DP&L and the SEU.

The Department of Energy and Natural Resources Control’s Division of Energy and Climate (DNREC) has many determined champions of efficiency on staff, and has also benefited from strong support from Gov. Jack Markell and both former and current secretaries: Collin O’Mara and David Small, respectively.

In December, Division Director Philip Cherry and Energy Programs Administrator Robert Underwood presided over the first stakeholder EEAC meeting. Soon after, it was announced that the Agency had retained highly-regarded consultants to the board, mirroring best practices in use in such leading states as Connecticut, Rhode Island and Massachusetts. With much work to be done to create a framework, timeline, budgets and plans for statewide efficiency programs over the next year, the state is in a strong position to make rapid progress. Hats off to Delaware for implementing what are being recognized nationally – and practiced by many of the states in the NEEP region – as bestin-class in developing and delivering first-order energy efficiency programs. 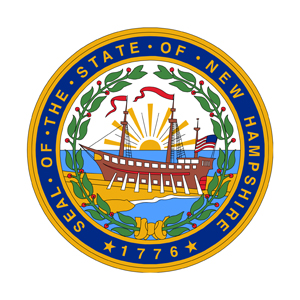 The Granite State has been operating successful rate-payer funded utility efficiency programs for more than two decades. But as other states in the region surge ahead, the problem still plaguing New Hampshire is that without a policy framework directing the utilities to capture as much cost-effective efficiency before turning to new supply, program savings levels have remained modest, and budgets have strained against customer demand. Without any policydirected energy savings goals, New Hampshire continues to lag the region in its per capita investments in efficiency, being the only state in the Northeast without some type of policy directive to capture all cost-effective energy efficiency.

New Hampshire’s landscape features many of the same characteristics as do states with more robust efficiency programs: committed advocates, legislative champions and some talented employees of state agencies. Through 2014, it also had a supportive governor, energy efficiency proponents in both the House and Senate, and a slate of well-informed Public Utility Commissioners. While Governor Hassan was returned to office in November 2014, party control switched in both the General Court and the powerful Executive Council.

Now, with nearly half a dozen major energy studies and reports completed in the last few years, including a comprehensive Energy Strategy published in September 2014, and all of them pointing to the value of increased efficiency investments and a policy such as an Energy Efficiency Resource Standard, it remains a question of political will, and not of feasibility, as to whether New Hampshire can move ahead in the pack.

As the Granite State enters 2015, there appears to be continued momentum to create an Energy Efficiency Resource Standard (EERS), with the Public Utilities Commission staff (PUC) having just released a straw proposal in February on how to move forward with an EERS. Chief among a series of recommendations, “The NHPUC should act promptly to use its existing regulatory powers to establish an EERS,” and “Establish mandatory electrical and natural gas (gas) equivalent savings targets for the next ten years.”

Could 2015 finally be the year for New Hampshire to ramp up from its modest savings levels (about .6 percent of electric demand) and ultimately reach more of the cost-effective efficiency potential that neighboring states are realizing? NEEP and other energy efficiency advocates will be closely watching developments in New Hampshire, and offering our support where needed.