What West Virginia vs. EPA Means for Decarbonization Policy

The Environmental Protection Agency (EPA) created the Clean Power Plan in 2015 to cut carbon dioxide pollution from power plants – the largest source of carbon dioxide pollution in the U.S. – by shifting how they generate energy. The Supreme Court’s recent ruling on West Virginia v. Environmental Protection Agency (EPA), may have prevented the Clean Power Plan from going into effect, but there are still many policies that can be implemented to achieve a clean, efficient, and equitable energy grid. So while this decision may have stalled this specific effort on the federal level, cities, states, and regions can continue to accelerate policies that push for decarbonization in electric generation and the building sector.

The Clean Power Plan (CPP) was a first-of-its-kind set of national standards to address carbon dioxide pollution from power plants. It proposed to cut carbon dioxide pollution from power plants by 30 percent from 2005 levels through regulating emissions from coal-, oil-, and natural gas-fired power plants. To achieve these targets, the CPP established three “building blocks” that states and utilities could use to meet emissions reductions: lowering emissions at an existing power plant through installing technology; changing generation to a more efficient source such as from coal to natural gas or natural gas to renewable wind or solar; and participating in a cap-and-trade scheme where power plants could sell emissions credits if they overachieved. The EPA hoped that these mechanisms would drive a generation shift in the energy sector by encouraging fossil fueled power plants to reduce emissions and increasing investment in renewable energy such as wind and solar. 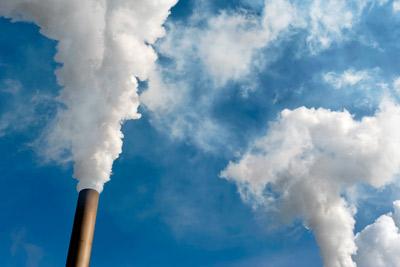 Congress delegates federal administrative agencies, such as the EPA, with power to regulate through legislation. Yet, legislation is not always clear on the options agencies can use to achieve their mandates. In cases where agencies implement a regulation that may be outside of their legislative mandates, courts may step in to review the regulation. While it is clear that the Clean Air Act mandates that the EPA regulate air emissions, the question in West Virginia v. EPA was whether the EPA has the authority to regulate carbon dioxide and the electricity sector in a way that would result in the shifting of electric generation.

The Supreme Court held that EPA’s intent to shift the generation of the overall electricity generating system fell outside the power delegated to it under the Clean Air Act. The Court came to this conclusion by using the major questions doctrine, which asks if Congress or a legislator has directly spoken about an issue. The Supreme Court decision determined while the Clean Air Act mandates that the EPA regulate emissions, it only allows the agency to implement measures that reduce pollution at existing plants. The Clean Power Plan sought to implement measures that would result in changes to the overall system by encouraging power plants to look to alternative sources of generation and implementing a cap-and-trade system. The Court found that the EPA did not have the authority to create regulations that resulted in this sort of “shift in the energy generation mix at the grid level.”

The Supreme Court Ruling on West Virginia v. EPA may have prevented the EPA from implementing the Clean Power Plan as a tool to accelerate cleaner electricity generation, but it will not stop the momentum we are seeing at the local, state, and federal level to embrace decarbonization and prioritize energy efficiency. The EPA and other environmental administrative agencies can still regulate power plants and carbon dioxide emissions. Additionally, Congress and state legislators can still enact legislation that leads to a shift in electricity generation. Further, while the Court may have denied a national cap-and-trade system, multiple states in the northeast and west have taken steps to join regional cap-and-trade schemes. 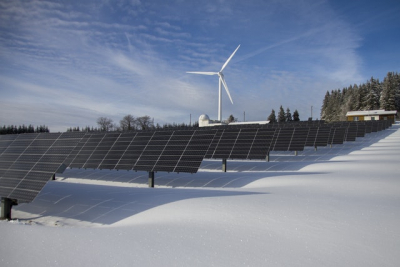 Regional cap-and-trade programs have initiated the generation shift sought by the CPP. States on the east and west coast have taken steps to join regional cap-and-trade programs. In the northeast, Virginia and Pennsylvania recently joined the Regional Greenhouse Gas Initiative (RGGI), and North Carolina has initiated a process to join RGGI as a regulatory proceeding, spurred by a petition from advocates. Virginia’s legislation to join RGGI in 2020 was the first time a southern state passed legislation aimed at reducing the carbon dioxide footprint of the entire state. Pennsylvania, one of the biggest coal producing states in the country, joined RGGI through an executive order from the governor. On the west coast, Washington and Oregon have joined California’s cap-and-trade program, which covers power plants, large industrial facilities, and fuel distributors. Both states adopted the cap-and-trade system in different ways. While Washington joined through legislation, Oregon joined through administrative action.

While federal policy may be on pause for the moment, action on the state level is only accelerating. In the past year, states across the northeast and the country have passed legislation and implemented policies that show they are committed to growing clean energy and combatting climate change. At NEEP, we look forward to continuing to work with states across our region to accelerate the transition to a clean, efficient, and equitable energy grid.