The False Dichotomy Between Ratepayer Funded Programs and Private Markets

Building upon decades of successful ratepayer-funded efficiency program administration, efforts to bring private, public, and philanthropic capital to energy efficiency are trending throughout the Northeast region and beyond. But, can private finance and ratepayer funded energy efficiency programs peacefully co-exist in a single market?  Or should one market mechanism’s rising support signal the retreat of the other?  Here are some thoughts on this growing debate.

A Market in Development

Policymakers in several states are piloting large-scale financing programs with the goal of leveraging private capital with public funding. Some recent examples include:

As noted by the recent SEE Action publication Making it Count: Understanding the Value of Energy Efficiency Financing Programs Funded by Utility Customers, these efforts are slowly moving the needle toward the creation of a secondary market for energy efficiency financing, much like the secondary market that provides capital liquidity for home mortgages. 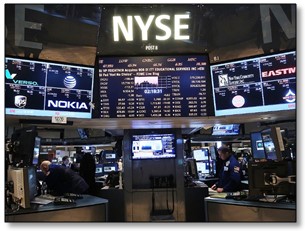 At the federal level, key actors like the U.S. Department of Energy have bolstered support for these efforts, recently clarifying that Green Banks may qualify for Federal Loan Guarantees. At the same time, collaborative efforts such as the recently announced Green Bank Network and the Environmental Defense Fund’s Investor Confidence Project are aiming to build investor understanding around the envisioned asset class, attempting to standardize instruments across states and stakeholders. In the context of these national and international efforts to create a market for energy efficiency investments, do we still need ratepayer-funded programs?

The False Dichotomy Between Ratepayer Funded Programs and Private Markets

As states move toward a greater role for private capital markets within efficiency program administration, care must be taken to preserve present program structures until — and even beyond — a time when private financing demonstrates a proven ability to provide comparable societal benefits. In fact, the vast majority of the above-mentioned financing programs incorporate ratepayer-funded efficiency program incentives, with many requiring use of available incentives as a pre-condition for enrollment. Private markets and ratepayer-funded programs are not mutually exclusive.

There is no doubt that the success of the efforts listed above would help pull private capital toward energy efficiency investments, but whether adequate demand exists to justify such liquidity remains to be seen. The trend in the region has been toward blended programs, where private capital may enhance, rather than replace, current program funding structures. This would help drive demand and maximize societal benefits.

Why is this the case?

The cost of capital isn’t the only market impediment standing between the status quo and a scaled-up market that captures all cost-effective energy efficiency upgrades.

Imperfect access to information, split incentive issues, and constrained balance sheets are just a few examples of classic market failures that exist within the market for energy upgrades – market failures which ratepayer-funded efficiency programs have a proven capability of surmounting. For example, ratepayer-funded efficiency programs can help solve consumers’ imperfect access to information by capitalizing on the usage information the utility possesses, in order to target and market incentives where they are most cost effective.

Utility program administrators in particular have a monthly conduit for communications with customers through their billing statements, which they can use to solicit program enrollment and inform ratepayers of monthly incentives. Further, systems benefit charges offer a very low-cost source of capital for investing in energy efficiency, lower than that which can be found even in advanced private capital markets.

While secondary markets and standardized instruments hold great potential to supplement utility energy efficiency programs, they are unlikely to replace the current functioning system in the near-term. After all, even the American mortgage market took decades of evolution and dozens of large-scale government interventions to reach the point where it is today. As investments in energy efficiency transition toward such an evolution, it is important that forward-thinking programs and projects continue to exercise prudence within the current system, while developing the tools necessary to supplement current programs.