During the Great Depression, women were discouraged from working. Why? So that the few jobs available could go to heads of households, aka male breadwinners.

But then, along comes World War II and the majority of the workforce is gone, off to fight the war. The need for war supplies continued to exist and factories across the nation needed workers. What could they do? Who could fill those roles?

Women! Yes the same women once discouraged from entering the workforce.

In order to encourage women into the workforce, the government launched a massive PR campaign using recruitment posters and one iconic image.

Does she come to mind as you read this?

When most people think of American women during World War II, the iconic “Rosie the Riveter” comes to mind. Painted by Norman Rockwell, and first appearing on the cover of the Saturday Evening Post in 1943, Rosie was a modern factory girl – a woman who could effortlessly bridge the gap between masculine and feminine.

These women sometimes took entirely new jobs replacing the male workers who joined the military. And once the war was over, many remained in the workforce.

The Path to Employment Isn't One-Size-Fits-All

This is an interesting part of American history but you may be wondering why I’m writing about Rosie in the first place. Well this weekend while enjoying a few ciders après ski, a friend of mine asked “do you know how much a four-year degree is”? I took a guess. While I was wrong for where her son would be going next year (Syracuse), I wasn’t off from the national average of $57,000

Gulp! Along with four-year degrees, so many students are graduating with a bunch of debt. Or worse, their parents are getting into debt and delaying their own retirement plans.

Is this necessary? Should we be pushing all high school kids to a four-year degree? Now, before you start tweeting at me , hear me out. I am not saying that college is bad. There is nothing wrong with it. I have a bachelor’s degree. However, we have a huge problem in the clean energy space with a majority of the current workforce set to retire within the next 5-10 years. That signals a huge need to grow the workforce. Not just the renewable workforce – which is growing second-fastest only to the telecommunication industry – but traditional fields like electricians, carpenters, facilities/building operators, and building code officials. Seems to me that we can solve two issues with one solution.

The Clean Economy is Growing Exponentially

So how can we grow the industry even more? 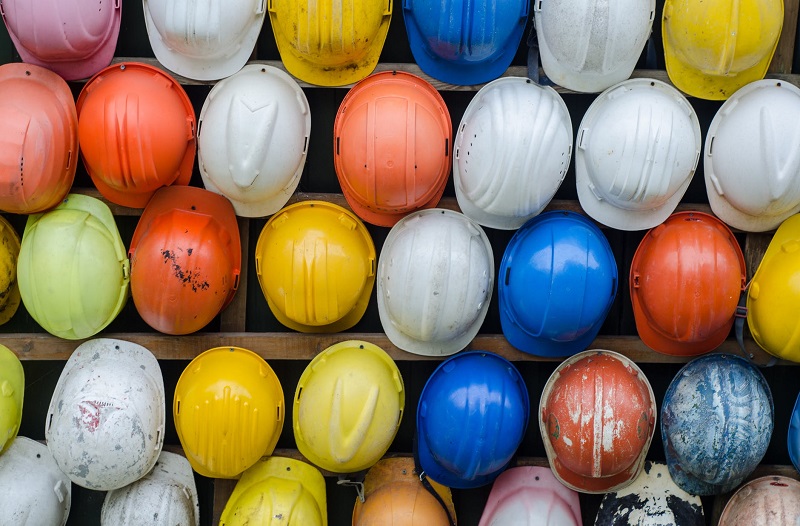 Internships and mentorships – not just for high school or college kids, but those that are transition (i.e. those who have been laid off or looking to change careers and try something new).

My brother-in-law spent 30 years as a newspaper editor. Unfortunately, like most papers, his was downsized. After avoiding several layoffs, he was recently let go. It was hard on him, in part because he loved what he did but also because he has two kids in college (remember that $57K). After hearing that some of his former colleagues hadn’t found new jobs in that industry after being out of work for two years, I suggested that he think outside the box. He is a talented editor with transferable skills – ones that could be useful in the energy space.

The same thing can be said for those that have been in marketing and communication or sales. All of these skills are needed to help grow the clean energy economy.

What about electricians or carpenters? Facilities directors? We need more of those too.

What was the first image that came to mind? Was it a male? No shame. Conversely, when we think of a nurse, we automatically think female. We need to change this thinking and empower women, especially young girls, to be engineers, electricians, or facilities managers…like I used to be.

Let’s start a dialogue! We need to change the conversation and stigma that everyone has around not going to a traditional four-year school. Is college for everyone? Even if you do go to college, you might not use your degree. I didn’t. I went to school for psychology but through amazing opportunities and people who gave me chances, mentorships, and training, I ended up exactly where I was meant to be.

Let’s come up with solutions for everyone – those just out of school, those looking for a trade, those who need to be re-engineered to learn a new skill or transfer their current ones.

For me, besides starting a conversation on this blog, I am helping to shape a NEEP Summit session on workforce development opportunities. Along with that, I’m working to redesign our very popular “student” mentorship program to be inclusive of everyone with an eye towards growing the clean energy workforce.

Are you interested in learning more about the clean energy industry? Do you want to transition into the energy efficiency field? Join us at our NEEP Summit in June, where we’ll have a workforce development mentorship program (more details coming soon).