As utility regulators contemplate major infrastructure investments to keep pace with pockets of growing peak demand throughout the region, less costly non-wires alternatives (NWA) solutions are looking all the more attractive in transmission and distribution system planning — especially given the potential for dramatically lower price tags for ratepayers.

Showcased as a key component of the New York “Reforming the Energy Vision” Proceeding, The Brooklyn Queens Demand Side Management (BQDM) project catalyzed NWA conversation and interest the Northeast and Mid-Atlantic states, leading many other jurisdictions to examine their own NWA prospects. NEEP captured these projects in the January 2015 EM&V Forum report, Energy Efficiency as a Transmission and Distribution Resource Using Geotargeting, and has been tracking related developments in the region ever since. For an update on NWA projects and policies in the NEEP region, read on …

One interesting aspect of this shifting transmission and distribution planning paradigm is the vehicle through which states are embracing change. States are taking differing approaches to NWA projects — including NWAs employed as grid-side enhancement projects, NWAs managed by an independent entity, NWAs employed through integrated resource planning, and NWAs identified within the energy efficiency program planning process.

Connecticut is committed to filing NWA projects as part of the large facility Demand Response Pilots in the 2017 update of its 2016-18 C&LM Plan. For these pilots, utilities will consider geotargeting areas across Connecticut that have been identified by ISO New England and other energy stakeholders as critical peak demand reduction areas.

Outside of the energy efficiency program planning process, Connecticut utilities are also considering NWA projects as part of their Grid Side Enhancement Demonstrations.

For example, United Illuminating is exploring an automated Demand Response Management System application for a large facilities pilot at a distressed feeder at the Woodmont Substation in Milford. The Demand Response Management System pilot will look to enhance distribution grid reliability while addressing IT data security, a major customer acquisition barrier. The new system will also employ smart inverters and battery storage to buttress system reliability at photovoltaic penetration levels of more than 10 percent. Participating customers will be offered a Demonstration Project DER Rate Rider (“DPDRR”) through which they earn $0.05/kWh of compensation during summer peak hours for any energy generated, in addition to any pre-existing net metering arrangement.

Eversource had also been planning a to use its Grid-Side Enhancement demonstration to relieve a constrained substation in Uncasville, but chose a different project after a large customer ceased operations and the value of distribution system deferral was significantly reduced.

The Maine Public Utilities Commission recently opened an investigation into the Designation of a Non-Transmission Alternative (NTA) Coordinator. The NTA Coordinator will work to develop cost-effective alternatives to transmission projects. The NTA Coordinator will also address the policy and goals of the Smart Grid Policy Act to “improve the overall reliability and efficiency of the electric system, reduce ratepayers’ costs in a way that improves the overall efficiency of electric energy resources, reduce and better manage energy consumption and reduce greenhouse gas emissions.” 35-A M.R.S. § 3143(3).

A recent bench memo by the Commission Staff in the proceeding suggested that the NTA Coordinator should be an entity outside of the incumbent utility. This arrangement is unique because in most cases throughout the region, the distribution utilities are the entity that manages the NWA planning and procurement process. Yet, in this case, the Commission found that ratepayer interests would be best served by having an independent coordinator who worked in tandem with the distribution utilities.

While there currently are not any NWA projects going on in New Hampshire, Liberty Utilities does describe a process they plan to implement in preparation for non-wire alternatives in its recent integrated resource plan. Non-wires alternatives are evaluated according to an evaluation process designed by the cross-functional planning team established by Liberty Utilities. This process includes reviewing the demand forecast and T&D deficiencies, followed by screening projects, evaluating NWA solutions for technical feasibility, performing a cost-benefit analysis for NWA, and then finalizing NWA program recommendations. This process ensures alternatives will successfully reduce, avoid, or defer a wires solution in the region.

In New Jersey, Applied Energy Group (AEG) suggests that minimizing transmission and distribution (T&D) costs imposed on ratepayers by deferring system investments is a new funding source for the New Jersey Clean Energy Programs (NJCEP). AEG’s proposal to run the NJCEP mentions geotargeting as a source of non- system benefits charge (SBC) funding. This can include utility funding to cost-effectively defer T&D system investments through geographic-targeting of NJCEP programs. According to AEG, capitalizing on this opportunity will require minor policy and program changes.

In New York, the utilities have proposed a NWA Suitability Criteria in the Supplemental Distributed System Implementation (SDSIP) Plan, filed jointly by the utilities. This business model will create a common standard between utilities in determining if a project is suitable for a NWA solution. A suitability criteria will also integrate NWA solicitation as a routine part of the utilities planning process. The potential elements of the suitability criteria include the project type, timeline, and cost.

According to this criteria, load relief and reliability are the project categories most applicable for NWA. Other types of projects include: Power quality, conservation voltage reduction (CVR), resiliency, damage failure (not always conducive to NWA due to the limited time for planning), asset condition, new business, and service upgrade. Projects that are not suitable for NWA, according to this proposed criteria, include those that require complete relocation of an existing facility due to the terms of a right-of-way/permit/license, and those that contemplate investment in intangible assets such as software and telecommunication capabilities.

Update on Recent and Ongoing Projects 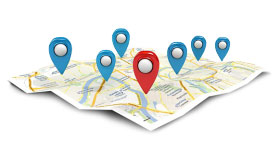 The Boothbay Pilot was successful in overcoming barriers to the broad adoption of non-transmission alternatives (NTA) technologies and equipment. This includes energy efficient commercial lighting, energy storage, and rooftop solar PV systems. Through testing and monitoring the performance of these technologies, concerns about the abilities of each technology to provide grid reliability benefits should be set at ease.

The final report was released in January. As for the result of the project, 1.8 kW of non-transmission alternatives (NTAs) were deployed between late 2013 through early 2015. This included the first large-scale, 500 kW,  battery storage unit in Maine, a 500 kW diesel fueled back-up generator, 243 kW of efficient lighting and air conditioning, 308 kW of solar PV, 224 kW of peak load shifting, and 29 kW of demand response units.

GridSolar, the manager of the Booth Bay project, has a total NTA resource portfolio of 1,804.68 kW of nameplate capacity with an effective capacity rating of 1,676.84 kW. The Pilot was initially approved as a three-year demonstration project, with an option to extent to 10 years. GridSolar recommends the Commission extend the Pilot to 10 years.

The Tiverton/Little Compton Project was designed by National Grid to test whether geographically-targeted energy efficiency and demand response could defer the need for a new substation feeder to serve 5200 customers (80 percent residential, the remainder small businesses) in the municipalities of Tiverton and Little Compton. The pilot began in 2012 with the objective of deferring the $2.9 million feeder project for at least four years (i.e. from an initial estimated need date of 2014 until at least 2018). The Pilot’s focus in 2016 has been on varying the marketing tactics from those used in the past in order to refresh the message and engage new participants.

National Grid recently released its 2017 System Reliability Procurement Report, which discusses the Project to date and future expectations. 2017 is the final year of the Pilot’s planned lifecycle. With that in mind, the utility has determined that approximately 330kW are needed to reach the goal of 1MW by the end of 2017. To reach this goal, incentives for Wi-Fi thermostats, heat pump water heaters, window AC purchases, and recycling will continue. In addition, there will be marketing to encourage customers to complete and EnergyWise or Small Business Direct Install (SBDI) energy assessment.

A major change for 2017 is the implementation of automatic meter reading (AMR) coupled with time-of-use rates. Customers will still be billed on the basic service rate, but will receive a shadow bill as an informational tool to show customers the varying cost of energy and to encourage them to shift their usage to off-peak. A second major change for 2017 is the proposal to release Request for Proposals to identify cost-effective market-based solutions to help reach the 330 kW target. This represents a shift in the approach taken by National Grid, which now more closely resembles the RFP-based approached that has become popular in the region.

In 2013, Brooklyn and Queens began to experience increased customer electric demand, which began to overload the capabilities of the sub-transmission feeders that serve the Brownsville No. 1 and 2 substations. The BQDM Program was designed to address the overload by reducing load 69 MW by summer 2018. To achieve this goal, 52 MW of the reduction will be attained through a combination of nontraditional utility-side and customer-side solutions and 17 MW by using traditional utility infrastructure investment.

Con Edison has created an Implementation Plan that serves as an annual update on the BQDM Program. This plan functions as a “living” document and is updated to provide information on working components and timing of the Program. In addition, Con Edison files quarterly reports with the Commission on program activities and expenditures.

Con Edison maintains an open Request for Information (RFI) seeking information and proposals for customer-side and utility-side non-traditional solutions for the BQDM Program. By keeping the RFI open, the opportunity to receive potential solutions is on-going and Con Edison can adjust according to new technologies and market participants throughout the lifetime of the program.

Con Edison also expects to increase adoption of modular, off-the-shelf combine heat and power (CHP) systems that reduce baseload electric demand during summer around the BQDM peak hour. This initiative is anticipated to achieve up to five MW of peak load relief by summer 2018. CHP systems will be installed and commissioned May 2017 - May 2018, with the performance capability period during the summer 2017 and 2018.

Energy storage has also come into play. Con Edison has released an RFC to advance contracts for “shovel ready” battery storage projects to maximize customer-side load reduction opportunities for commercial properties within the BQDM area. Any battery projects within BQDM will need to prioritize and fulfill specific needs for the summer of 2017 and 2018.

Times are changing and as we head into the New Year, these projects—and how they are approached in the different states—will continue to evolve. Looking ahead, we’ll be keeping an eye on what happens in Maine’s Non-Transmission Alternative Coordinator proceeding, as well as the potential adoption of the NWA Suitability Criteria in New York. These differing approaches share a common strategy of making NWA analysis an integral component of system planning process. As utilities work to establish a criteria for NWA solutions, it will be curious to see how the process evolved in different states. NEEP continues to keep an eye on these projects.

Check out the most recent brief, State Leadership Driving Non-Wires Alternative Projects and Policies,  that digs further into non-wires alternatives in the region, as well as the 2017 Regional Progress Report.