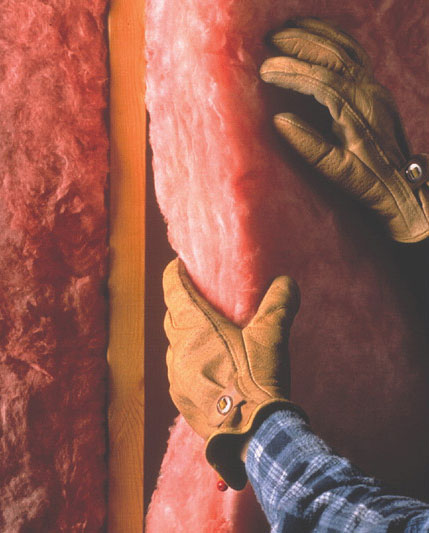 Unlike automobiles, appliances, or consumer electronics, buildings constructed today will still have an impact on U.S. energy use 50 to 100 years from now—if not longer. Building energy codes improve the energy efficiency of these long-term investments by setting minimum requirements for new and renovated buildings.

In addition to lowering energy bills, energy codes reduce the demand for new energy generation capacity, thereby limiting air pollution and greenhouse gas emissions. Advancing these codes over time to make our building stock more energy efficient is one of the most cost-effective and impactful strategies for decreasing energy use in buildings, and, in turn, the country.

As energy efficiency requirements in the code are continually enhanced, zero net energy buildings, which produce as much energy as they consume, can become the norm for new construction.

State-by-state energy code outlook: So far this year, two of the twelve states/jurisdictions in our region—Washington, D.C. and Delaware—have updated their building energy codes by adopting the 2012 Internal Energy Conservation Code (IECC) in March and May, respectively. We anticipate that one other state—New York—could join this list by the end of the year, with Vermont and Connecticut aiming for early 2015 code updates. Vermont will base their new code off the 2015 IECC, the most recent version of the national model energy code, which was published in June. In addition to Vermont, some of NEEP’s states, including New Hampshire, New Jersey, and Pennsylvania, will likely bypass the 2012 IECC in favor of the 2015 IECC, though none of these adoptions are expected this year.

In addition, four of our states—D.C., Rhode Island, Vermont, and Massachusetts—are in the process of developing, adopting, or implementing a “stretch” energy code, a supplement to the base energy code that provides an additional 15-20 percent boost in building energy efficiency. 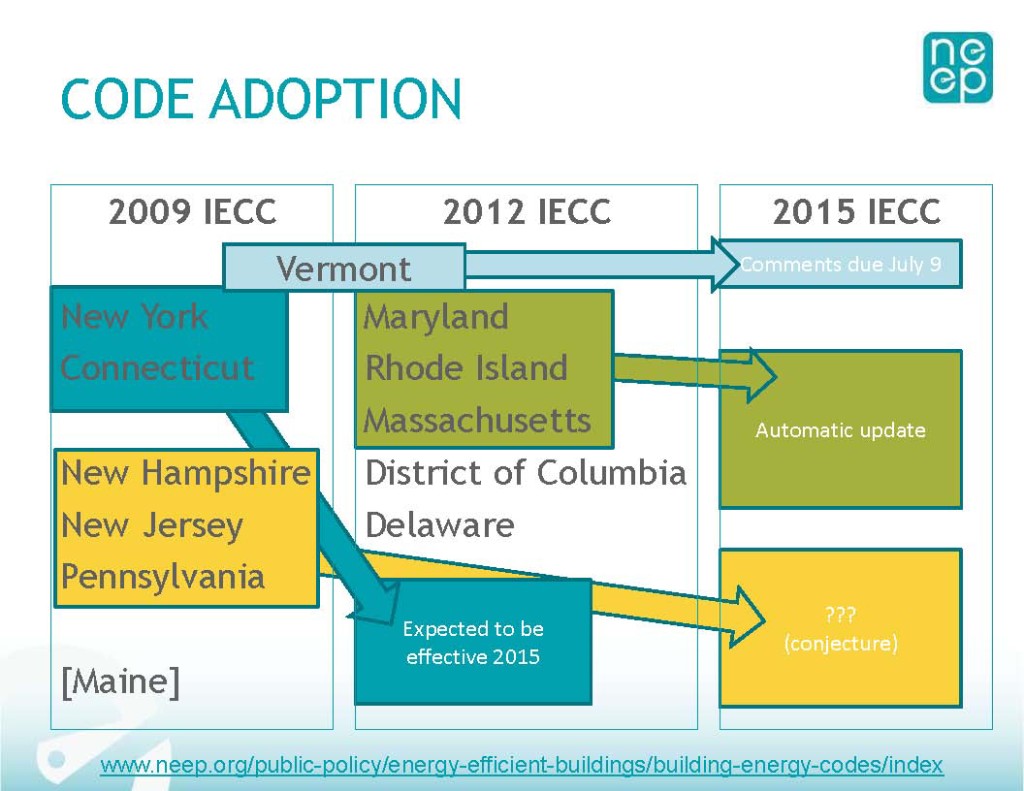 Conn.: Connecticut is planning to hold public hearings this fall for its 2012 IECC ADOPTION EFFORT, with an anticipated effective date of summer 2015.

Del.: Delaware has ADOPTED THE 2012 IECC AND ASHRAE 90.1-2010 with some residential amendments. The new code is effective May 11 and will be mandatory November 11.

N.Y.: New York has split its 2012 IECC adoption into two separate efforts to expedite the energy code update for commercial buildings. The N.Y. Department of State (DOS) has published its PROPOSED COMMERCIAL 2012 IECC / ASHRAE 90.1-2010 ADOPTION and will accept comments until August 20. Public hearings will be held August 11 in Albany and August 15 in New York City. Also, DOS held a PUBLIC HEARING on May 12 regarding the state's residential code update, which is projected to occur in 2015.

Md.: Maryland, which is required to automatically update the newest version of the code, will discuss its PROPOSAL TO ADOPT THE 2015 IECC at an August 28 hearing and will accept comments until August 31.

Mass.: Massachusetts, the first state in the region to develop a stretch code, is now tasked with updating its stretch code after adopting the 2012 IECC last year. Massachusetts closed its STRETCH ENERGY CODE UPDATE comment period in March (after five months) and is expected to make this necessary update in 2015. The 2012 IECC is now fully effective, so the existing stretch code offers little if any energy savings above the state’s base code.

Penn.: A newly amended version of Pennsylvania SB 1023, which could enable a more regular code adoption process starting with the 2015 I-codes, PASSED THE SENATE on June 3.

R.I.: Rhode Island, in partnership with National Grid, leads the region as the only state in which a utility can claim savings that can be attributed to its code compliance activities. Additionally, Rhode Island completed its commercial stretch code—an amended version of the 2012 IgCC—and will begin developing a voluntary residential stretch code this year.

Vt.: Vermont has released draft versions of its RESIDENTIAL and COMMERCIAL 2015 IECC adoptions and accepted comments until July 9. Also, after passing Act 89 last June, Vermont is currently developing its first residential and commercial stretch energy codes, with the proposed residential stretch code released with the base code.