With Opening Day about to ring in another season of me rooting for my hometown New York Yankees while embedded in Red Sox Nation here at NEEP, I made the following realization: our region is the Yankees of building high efficiency homes. Think about it:

Both can boast long traditions of excellence. Both, admittedly, have more financial muscle than most of their competition. And now, both are improving as a whole team instead of relying on a few superstars (or super-states, as the case may be) to carry the load.

According to data recently released by the Residential Energy Services Network (RESNET), the new homes rated in all of NEEP’s states last year were not only more energy efficient on average than in the rest of the country, but they were also identified as some of the nation’s top performing homes.

A more detailed assessment of this data can be found below, but, before we start a new season of the national pastime, here are my baseball-themed regional awards for 2015: 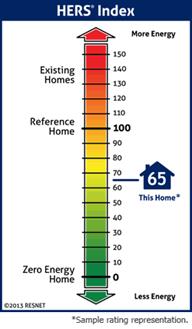 Most Valuable Player: Vermont. The rated homes in the Green Mountain State were, on average, the most efficient in the region for a second straight year. The only state in the country with a better average HERS Index was Hawaii, which only rated four homes in 2015.

Cy Young Winner: New York. The Empire State struck out the rest of the country in terms of zero energy homes constructed, building three times more of these homes than any other state.

Rookie of the Year: Delaware. The First State impressively saw the largest relative gain in number of homes rated and improved its average HERS Index to land the second-best score in the region.

Silver Sluggers: Maryland and Massachusetts. Both states continued to lead the region in the number of homes rated (ranking #10 and #11 in the country, respectively). While Massachusetts saw an impressive improvement in average rated home efficiency, it was not the largest such jump in the region.

Comeback Player of the Year: Rhode Island. The Ocean State was the only state in the region with appreciably less ratings last year than in 2014, but it also saw the largest (by far) improvement in average HERS Index (leading me to believe perhaps some production builders whose homes did not rate well in 2014 fled the HERS program as a result).

(Energy) Manager of the year: Maine. The Pine Tree State also tops the country with the best performing home of the year, which is projected to generate a whopping 57% more energy onsite than it will consume over the course of a year!

RESNET’s Home Energy Rating System (HERS) Index provides a way to boil down all of the factors influencing energy consumed by a home to a single number. A higher HERS Index means a worse performing home, with today’s code-built homes achieving indices of about 60-80 and older less efficient homes having indices well over 100.

A house or apartment with a HERS Index of 0 (or less) is a zero energy home, which is designed to generate as much energy as it consumes over the course of a year by using on-site renewable energy sources. The RESNET data shows that at the national level the number of zero energy homes built each year has more than doubled since 2013. The northeast contributed over 60% of the 185 zero energy homes rated nationwide last year despite contributing less than 15% of all new homes built, thanks primarily to high performance builders in New York State.

While this data confirms the region’s leadership in efficient building practices, it also provides measurable evidence of a slow but steady shift in the building industry. Along with just verifying low designed energy use, energy ratings like HERS allow tenants to better understand and reduce their actual energy use. And as more buildings are rated, benchmarked, and labeled, this information will help to drive the market towards more appropriate recognition of building energy efficiency in real estate transactions.