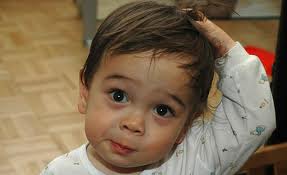 The diversion of state RGGI funds has everyone scratching their heads.
Some things just make you scratch your head. As Jim’s piece earlier this week illustrated, Connecticut is going to tap funds from the Regional Greenhouse Gas Initiative (RGGI) to plug holes in the state budget. In the past, New York, New Jersey, and New Hampshire have done the same. The move has provoked strong opposition from a broad array of clean energy and environmental advocates in the region. And for good reason. Even in these tight fiscal times, state lawmakers must keep their hands out of the RGGI “jar” for the sake of their economy and the climate. First, RGGI is really good state energy policy. It’s a multi-state compact that has helped drive (and keep) down carbon emissions in the power sector. And the RGGI states just revised the cap in a manner that will significantly improve its ability to check emission in the future. Diverting RGGI revenues threatens to undermine this important reform. Second, RGGI proceeds have been a great investment for states. States in the region have wisely chosen to dedicate most of the auction proceeds towards energy efficiency and clean energy projects. The result has created significant economic benefits for the states. The Analysis Group found that the program added an additional $1.6 billion to the region’s economy from 2009-2011 as a result of the energy bill savings funding by RGGI. Third, diverting RGGI proceeds sets a bad precedent across the region. RGGI was never meant to be a revenue source used for state general funds. It provides investments to protect ratepayers against potential increases in electricity costs as a result of pricing carbon emissions. But when lawmakers in one state divert RGGI revenues, other state legislators will be tempted to do the same, undermining the impact of the program throughout the region. RGGI opponents have long argued that the program is simply a tax in disguise. The real story, however, is that RGGI is a shining example of bipartisan, common-sense state policy that shows that carbon policy can be done effectively without harming ratepayers. As long as state lawmakers stop dipping into RGGI proceeds, that is.
Tags carbon emissionsclean energy productsClimate ChangeEnergy EfficiencyRegional Greenhouse Gas InitiativesRGGI