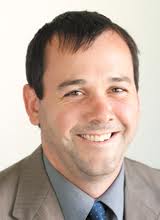 Dave McMahon, Co-Executive Director of Dismas House
Energy costs can be an enormous burden to social service providers who typically operate on a shoe-string, and often in older, in-efficient facilities. Finding ways to save energy is crucial to stretching our budgets and increasing comfort for residents— while also reducing environmental impact of our buildings. The Worcester Green Low Income Housing Coalition (WGLIHC ) has been creating substantial reductions in energy costs for participating agencies in Central Massachusetts through energy audits and partnerships with state energy efficiency programs to insulate, install new heating equipment, utilize capital funds, and take advantage of state solar credits. These savings, tracked by Wegowise software, are creating opportunities to reinvest into the housing infrastructure and strengthen the standing of agencies after four years of poor revenue growth in the state. The message I want to share is that every agency can participate in these programs, and transform their energy expenses for the next twenty years while lowering their carbon footprint. Members should have their development and executive staff and/or board of directors review the current energy programs available in Massachusetts and ask if they are completing due diligence in pursuing every energy efficiency measure available — rather than simply visiting the revenue side of your budget year in and year out. WGLIHC is a partnership-based association of providers of homeless and ex-offender services in the cities and towns of central Massachusetts, serving the second largest urban area in the six state region of New England.  The mission of WGLIHC is two-fold: First, to reduce the carbon footprint and energy costs associated with the ten buildings serving some of the extremely low-income people of greater Worcester by utilizing an array of financing, grants and state programs to implement a comprehensive energy reduction strategy. Second, the initiative aims to promulgate the long-term reduction of energy costs as a measure to sustain social safety nets in similar communities, which will be accomplished through peer journals. The initiative aims to strengthen the social safety net after the devastating effects of a long-lasting recession, sequestration, the end of stimulus housing programming, and a reduction in poverty program benefits such as unemployment extended benefits. The initiative is proving that through a comprehensive investment and active utilization of financed energy credits, state energy efficiency programs, and traditional capital funding — that the safety net can drastically reduce energy expenditure and redirect these savings into increased housing and services for the most risk adults, children, and families who are homeless. Our coalition faces a depleted revenue stream. No new revenue is expected from federal, state, or local resources that fund subsidized and re-housing programs. The foundation sector is reestablishing giving levels impacted by the recession of 2008-2012. As a result, our revenue is flat, and innovation in housing has been stymied by the drying up of federal resources, stimulus dollars that infused new life in the transition from shelter to housing modalities. With the increased strain on individual and family networks, our coalition sees energy efficiency as a potential remedy to the woes and strains on the tearing safety net.  The solution is an infusion of targeted state, capital, financed credit, bank, and other resources.  Additionally, partnership with the Low Income Energy Affordability Network and the Massachusetts Clean Energy Center serve to shore up the aging housing stock, reduce the carbon footprint, while allowing the shelter coalition to redirect savings into housing and programs. This opportunity would then be replicable in other communities, to showcase the model. The savings can be quantified with the help of our partners at Wegowise and their web tracking energy software. 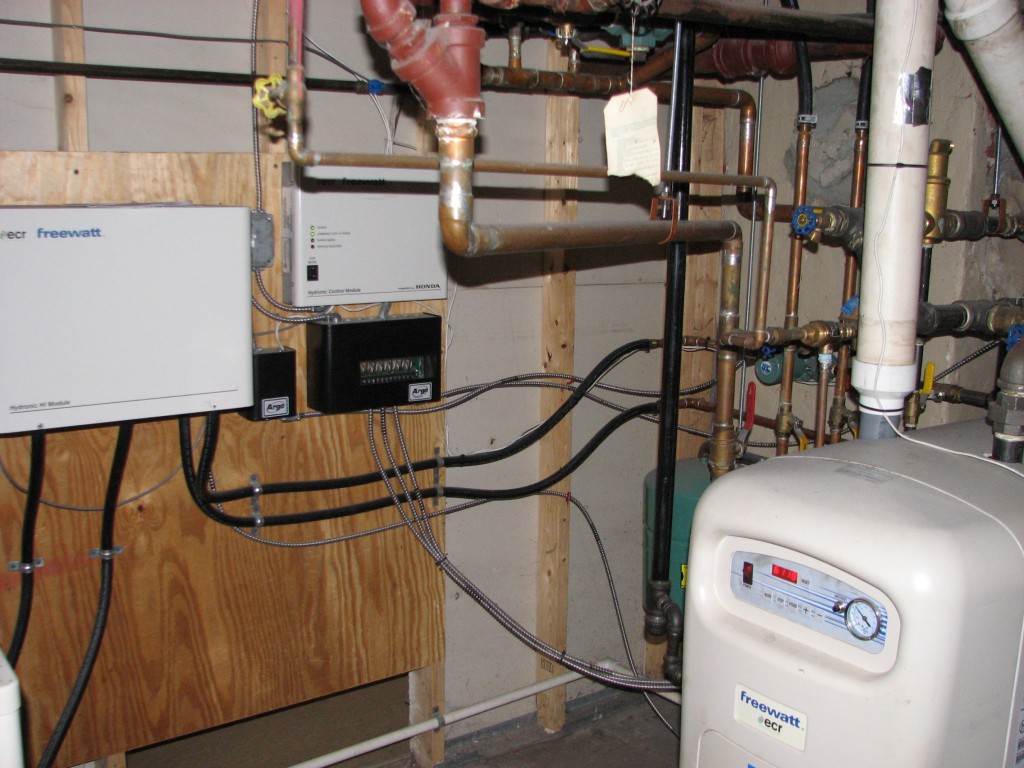 The Freewatt Micro-CHP unit at Dismas House provides hot water and electricity for the homeless shelter, saving energy and money.
As just one success story, Dismas House  — a Worcester housing facility for homeless individuals and ex-offenders — received extensive air sealing along with complete attic insulation in the fall of 2010. This work alone, while costing only a few thousand dollars, saved 19 percent on the annual heating bill for this facility, as confirmed through actual bill analysis, adjusted for degree-days. This will translate to approximately $11,000 in gas savings over the next 20 years. Later on in , the property received a Micro-Combined Heat and Power (CHP) unit, one of four installed in greater Worcester with the help of National Grid. This technology combines a high efficiency boiler with a gas fired electric generator which result in additional significant savings on the heating and hot water bill — another 15-20 percent in addition to above savings. What’s more, the CHP unit generates an additional 7000 kWh of electricity annually, or about another $1,000 in savings on the electric bill. Given the size and inefficiency of the nation’s low-income housing stock, this initiative could provide a model of substantial transformation that links firmly together improvements to the safety net with housing energy reduction. The energy response is one way to utilize an emergent energy sector as a tool to refurbish attempts at housing. This innovation partnership will specifically continue to reduce the hard costs of participating agencies by reducing or eliminating electric costs, and reducing heating costs in the nation’s “snowiest” city in 2013. Additionally, the partnership will apply new water conservation technology in partnership with full-time engineering support from engineers, insulate, rewire, and build new heating systems from new large scale, cutting-edge wood pellet furnaces.  Conservation measures— plus innovations in efficiency, co-generation, biofuels, and solar and micro-wind — will help preserve and expand the housing capacity of the central Massachusetts safety net. Dave McMahon is Co-Executive Director of Dismas House, a non-profit that provides housing, work opportunities, and a supportive environment to former prisoners in Worcester, Massachusetts. Dave can be reached at: cmdismashouse@aol.com
Tags Combined heat and power Dismas Housing Energy Efficiency Low Income Energy Affordability Network low-income Massachusetts Clean Energy Center National Grid Worcester Green Low Income Housing Coalition