Bright Future Ahead for Efficiency in Delaware

NEEP joined friends in Delaware and fellow supporters of energy efficiency from around the nation in cheering a landmark bill passed in the final hours of the state’s legislative session. Included as an amendment to Senate Bill 150, the legislation set the stage for the state’s ratepayer-funded electric and gas efficiency programs to be administered by utility providers.

“We have a lot of work to do to implement the bill, which has not yet been signed by Governor Markell,” explained Phil Cherry, acting director of the Division of Energy and Climate at the Delaware Department of Natural Resources and Environmental Control (DNREC). The delay in signing is simply a matter of technical and legal work being completed to integrate the language into the state code, explained Tom Noyes, the division’s Policy Director.

Meanwhile, DNREC staff are laying the groundwork for a new energy efficiency stakeholder advisory board to be convened this fall, and Delmarva Power and Light is similarly gearing up to begin offering programs that will complement those offered under the Energize Delaware banner.

“We plan to name members to the Advisory Council as quickly as we can after the bill is signed, and we will be getting started soon on crafting regulations to implement the new law,” said Cherry. “We will continue to work closely with the Sustainable Energy Utility to coordinate program development and implementation, using the detailed Energy Efficiency Potential Study we are completing as a starting point. We look forward to sitting down with utilities and other stakeholders to get started as soon as we can,” said Cherry.

According to Noyes, the first priority is setting up the framework and working with the utilities as they develop their efficiency plans and budgets. He indicated it is unclear when Delmarva would seek rate recovery on efficiency investments. Until the law goes into effect, Delmarva is still prohibited from offering ratepayer-funded efficiency programs to their customers.

The state’s two smaller electric service providers, the Delaware Municipal Electric Corporation and the Delaware Electric Cooperative, already have the ability to raise funds for efficiency programs through their independent governing boards. The Municipal Corp. and the Coop. have been offering some efficiency and demand response programs, and may elect to expand these in partnership with Delmarva and the SEU.

As for the new Advisory Council, Noyes said that “all of the utilities will be sitting around the table; they will learn from each other. Delmarva will bring expertise from program delivery in Maryland. The Co-op might talk about their experience with energy-saving pumps at poultry plants.” 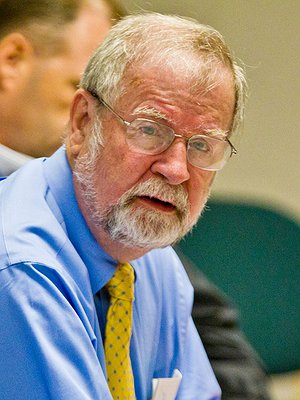 Senator Harris McDowell, known as the grandfather of the Delaware Sustainable Energy Utility, was convinced by colleagues to allow the EE legislation to move forward.

And all of these parties will be looking at the Potential Study, with a phase two expected to be released soon. “Everyone’s working from the same playbook,” said Noyes. As Delaware looks to create comprehensive, customer-focused efficiency programs, this is encouraging news indeed.

NEEP will be closely watching developments in Delaware, and we are looking forward to heading to Dover and Wilmington this fall to learn and share what we see as regional best-practices. In case you missed it over the 4th of July holiday, read all about the excitement and drama that led to the passage of the bill in our recent blog post.