The DLC sheds some light on LIGHTFAIR2013 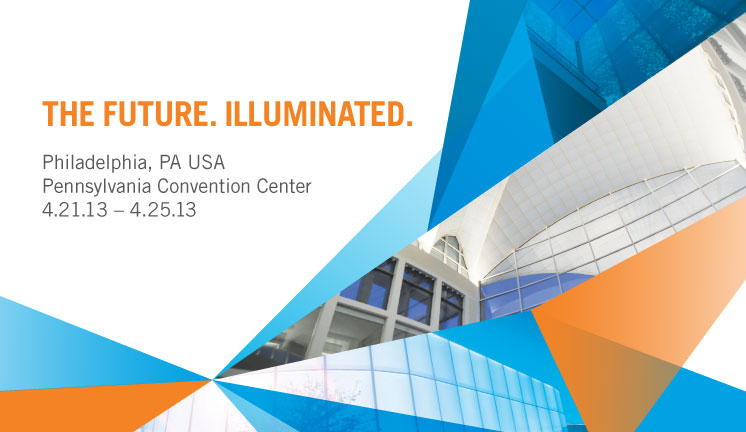 When’s the last time you walked into your living room and got excited about your light fixtures? Really? Never? Well, then you’ve clearly never been to a lighting convention before! I had no idea what I was in for. Picture a massive room the size of a football field, covered in intricate booths that showed off the newest lighting technology using an array of colorful, vibrant displays that left my eyes sparkling (and gave me sore feet from trying to visit each and every station, an almost impossible feat…almost). Last week, the DesignLights Consortium (DLC) team attended the biggest lighting event of the year: LIGHTFAIR International (LFI). The DLC is a program that promotes quality, performance and energy efficient commercial sector solid state lighting (SSL) solutions through collaboration among its federal, regional, state, utility, and energy efficiency program members; luminaire manufacturers; lighting designers and other industry stakeholders and is thus becoming a major player in the lighting market. As the newest member of the DLC team, attending LFI for the first time, I had my hands full taking educational courses, meeting with vendors, and viewing innovative products on the show floor. The tradeshow that draws thousands of excited attendees and exhibitors every year not only offers the biggest and most innovative display of lighting technologies but also workshops on “hot topics” such as lighting controls and LED retrofits , lighting design, and introductory level courses on the basics of lighting. Furthermore, the convention allows for business conversations and brainstorming with colleagues in provided meeting spaces. Needless to say, for NEEP it is the perfect venue to explore the vast light-scape and learn about the leading edge developments in lighting technology aggregated from around the world. It was also an opportunity to assess and spread the visibility and awareness of the DLC program, which administers the Qualified Products List (QPL), a leading resource that distinguishes quality, high efficiency LED products for the commercial sector. As energy efficient LEDs are becoming more and more influential in the lighting market, so is the need for ensuring quality and performance of products. Walking the floor alone, I noticed the DLC logo was prevalent in many booths indicating just how necessary it has become for players in the SSL industry to list their commercial LED products on the DLC QPL to gain a market advantage. Furthermore, the DLC team was frequently recognized by vendors who were eager to talk shop and to be more engaged with the program. “Where is the DLC booth?” was one of the most asked questions, confirming the industry’s interest in NEEP’s DLC program and in raising the bar  for efficiency in the lighting market to achieve all potential energy savings. Besides cutting-edge OLEDs (Organic LEDs) and Graphene technologies  that popped up on the show floor, LIGHTFAIR was dominated by displays of energy efficient solid state lighting (SSL) and LED technology. Many booths displayed LED tube lights that are being used as fluorescent replacements as well as edge-light luminaires that are soon to be market-ready. However, the shining stars of the convention were controls and integrated systems which allow manufacturers to take advantage of SSL’s inherent benefits in communications and controllability. Some of the most progressive LED luminaires now come control-ready or even with built-in controls that now allow customers to easily switch, dim, as well as change the color of an LED light fixture, often by the touch of a button on their cell phone app or another wireless control. In a sense, you can now change the brightness and color of your lighting without getting up similarly to changing the channel or volume on your TV with a remote control. Impressively, this applies for residential and commercial appliances, where there may be several different kinds of lighting that can all be manipulated through one wireless device. Evidently, this year’s LIGHTFAIR may have been the largest yet, with hundreds of manufacturers, displaying their newest innovations in lighting on a show floor covered with intricate booths and lighting installations. Some displays may have seemed rather futuristic - although the lighting market is often deemed unpredictable - it was clear that products that can be seen at LIGHTFAIR are an indication of where the lighting market may be headed, at least in the near future. To DLC’s excitement, our members – who are federal, regional, state, utility, and energy efficiency program administrators – attended the convention in high numbers to see the newest trends in energy efficient lighting. As a break from the buzzing show floor, NEEP arranged a DLC member dinner where all were able to reflect on and share impressions from what was displayed at the convention. At the end of the day, all could agree that the lighting industry is headed in an exciting and ever evolving direction that may surprise us at any given time with a new innovation, and for that reason LIGHTFAIR International is an event not to be missed in years to come!
Tags CFL Design Lights Consortium Energy Efficiency Innovation LED Lightfair 2013 SSL