The Future of Lighting—Today? LightFair 2013 in Perspective 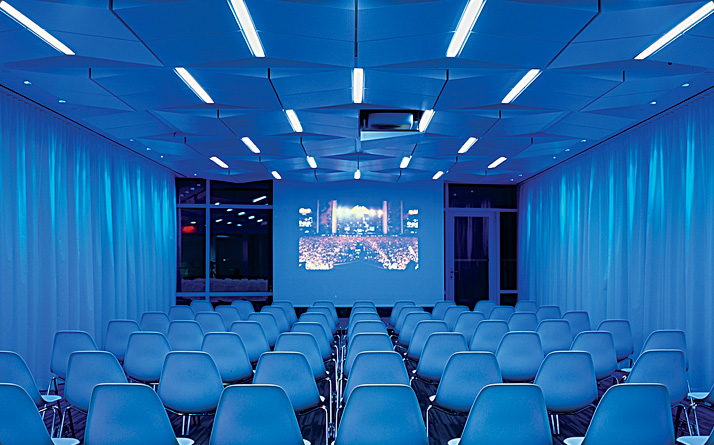 Incandescent.  CLF.  LED.  By now, many of us are getting a grip on these technologies (and if not, visit some of NEEP’s resources).  But what about OLED?  Or Graphene?   Now these are new.  I recently spent 3 days at LightFair International (LFI) 2013, the “world’s largest annual architectural and commercial lighting trade show and conference” at Philadelphia’s Pennsylvania Convention Center.  At this event, approximately 23,000 lighting professionals gathered to talk shop, share innovative products and technologies, and marvel at how quickly the lighting industry has evolved.  Conversation after conversation—with manufacturers, designers, efficiency program administrators—demonstrated the disbelief at how quickly LED technology had advanced!   The lighting industry has known for years that LED technology would become a major lighting player, but the rapid trajectory LED’s are following is unprecedented.  At LFI 2013, many of the vendors had moved beyond simply displaying LED technologies and shifted to control technology, such as motion sensors and dimmers.  These controls enable LEDs, an innately efficient technology, to become even more proficient and specialized. With LEDs gaining incredible traction, it begs the question—where is lighting heading next?  At LFI 2013,  Mark Lien of OSRAM Sylvania led a workshop titled “Illuminating the Future of Lighting”. He reiterated the commonly held belief that predicting the future of lighting is an almost impossible task.  That being said, he highlighted several technologies that may, or may not, become mainstream in the years to come.  Some of my favorites included OLEDs, or “Organic Light Emitting Diodes.”  These are LEDs that integrate an organic compound and can be flexible, interactive, as well as incredibly efficient (think of a light source that turns into a mirror as it senses your face approaching).   Another favorite was Graphene, experiments with which prompted the 2010 Nobel Prize in Physics.  This is a substance only 1 atom thick, incredibly durable, and can be a source of light.  While challenging to make, the potential of something so incredibly thin and malleable as a new light source is very intriguing (imagine superman in a 1-atom thick, stronger than steel, light emitting suit).  While these technologies are currently hard to find, they provide some interesting insight into where we might be going.  For now, I recommend keeping your eyes and ears open, and NEEP will help you stay on top of the trends as we transcend into the future! For more information on the current status of residential lighting, join NEEP’s Residential Lighting Strategy Update webinar on May 14th, 11am.  Email Claire at cmiziolek@neep.org for call-in information.
Tags CFL Energy Efficiency Incandescent Innovation LED Lightfair 2013 SSL