This winter has seen major fluctuations in weather. From record high temperatures in February to extreme lows in January, the impacts of climate change are becoming more apparent each day. I find myself struggling with the conflict of enjoying 70 degree weather in February while also fearing that this will happen more frequently as our climate continues to change. Understanding this eminent threat, states continue to push initiatives forward that tackle carbon reduction through clean energy programs and policies. Here is a look at some of the most recent activity in the region.

As anticipated in the previous policy tracker, Massachusetts Senator Pacheco introduced an energy omnibus bill (SB2303), An Act to Promote a Clean Energy Future. This bill is a redraft of S479 from 2017, relative to 2030 and 2040 emissions benchmarks. It is also based on Senate, Nos. 477, 478, and 1974 and House, No. 3994. It directs Governor Baker's administration to use "market-based" strategies to reduce carbon emissions in the transportation and commercial and residential building sectors, which could include carbon fees or a regional cap-and-trade system similar RGGI. This is in accordance with the aspect of the bill that sets new emissions reduction targets for 2030 and 2040. The 2030 limit must be at least 43 percent and the 2040 limit at least 62 percent.

One of the market-based strategies includes establishing an energy rating and labeling system that stores and provides information on residential and multifamily (less than five units) energy performance. This will bring the value of home energy information to the real estate market, particularly so if Massachusetts sets up this system so the information can be shared through HELIX.

The energy omnibus bill would ban the construction of new gas pipelines and protect electric ratepayers from having to pay any type of "pipeline tax" to pay for infrastructure. This aspect of the bill would incentivize strategic electrification of natural gas heating systems with electric alternatives, such as air source heat pumps, and encourage growth of renewable energy for electricity generation. Electrifying space and water heating will reduce the state’s dependence on fossil fuels and help the state achieve its carbon reduction goals. In addition, the bill would impose a 10-year moratorium on fracking, divest the state’s pension fund from fossil fuels, and require utilities to purchase three percent renewables per year.

There are a lot of great initiatives throughout this bill and it will catapult Massachusetts towards achieving 80 percent carbon reduction by 2050. This bill is a major priority in Massachusetts and various stakeholders are standing behind it to encourage state legislators to pass the bill. The three-year planning process for the 2019-2021 utility plans begins this spring with listening sessions throughout March and April. This planning session is essential for setting up the utilities with progressive plans that will coincide with the aspects of this energy omnibus bill. 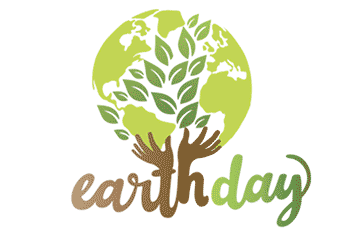 New York has set rigorous climate and clean energy goals, including 40 percent reduction in greenhouse gases (GHG) by 2030 and 80 percent by 2050. Under the state’s Reforming the Energy Vision (REV) initiative, 50 percent of electricity generation must come from renewable sources, with a 23 percent reduction in buildings energy consumption from 2012 levels, by 2030. In order to achieve these goals, a significant ramp-up in energy efficiency is needed, which will also save customers money, create new jobs, and improve public health.

In accordance with the governor’s State of the State 20th proposal, a new docket opened: CASE 18-M-0084, In the Matter of a Comprehensive Energy Efficiency Initiative. This docket will address how to integrate and expand upon New York’s existing energy efficiency efforts through a unified and ambitious energy efficiency initiative. The state plans to establish an overall fuel-neutral energy efficiency target, while strengthening the various components of REV that contribute to it.

This new case will consider issues related to energy efficiency targets and policy and support the development of the energy efficiency proposal that is due by Earth Day (April 22). The Department of Public Service (DPS) and NYSERDA jointly convened a series of stakeholder forums on February 23 and March 5. During the first series of meetings held on February 23, John Rhodes, Commissioner of the NY DPS, stated that New York is hoping to achieve an “accelerated and increased utility impact” in energy efficiency (as explained in this presentation). According to NRDC staff attorney Miles Farmer, this public commitment to higher utility efficiency targets is critical because New York currently lags behind other leading states in utility energy efficiency achievement and until now had no overarching plan to require them to do more. Mandating annual increases in the amount of energy efficiency acquired by utilities and providing them with the resources to do so will catalyze a more robust energy efficiency market and ensure that the overall Earth Day program is much more ambitious.

Maryland has been looking towards electric vehicles (EV) as a strategy to reach state energy and climate goals. On January 22, the EV working group submitted a proposal that recommended the commission open a new proceeding to consider the creation of a “Statewide Electric Vehicle Portfolio" that would include 24,000 chargers. The group requested a final order be released by July 1. The potential program includes chargers at residential, multi-unit, non-residential and public sites.

The proposal also includes a large outreach and education plan to encourage adoption of EVs. By taking this initiative beyond just establishing the infrastructure needed to support EVs and educating consumers about EVs and the cost-effectiveness of making the switch, Maryland will see real movement in adoption. This portfolio would help the state achieve its commitment to reach 300,000 zero-emissions cars on the road by 2025, and maybe even exceed it.

The commission responded to the EV working group’s proposal to implement a coordinated statewide EV portfolio and on February 6, opened docket 9478. A comment period on the proposal is open until March 16.

In Connecticut, the long awaited Comprehensive Energy Strategy (CES) has been released. Connecticut’s overarching strategy in the CES is to implement energy policy that supports the state’s broader environmental policies including clean air and water, land conservation and development, and carbon reduction goals. Connecticut’s targets for carbon reduction include 10 percent by 2020 from 1990 levels and 80 percent by 2050 from 2001 levels. Strategies for 2018-2021 include grid modernization, ensuring sustainable and equitable funding for energy efficiency, and advancing market transformation of the energy efficiency industry.

The state will prioritize approaches that ensure the sustainable development of a clean energy economy and ensure the benefits are received equitably across the state. This includes energy policies that reduce the energy-affordability gap, reduce peak demand and decrease fuel security risks, reduce the cost of renewable energy deployment, expand electric vehicle infrastructure, and much more.

In response to the strategy being released, Governor Malloy released two bills, SB7 and SB9. Both bills concern carbon reduction in Connecticut. SB9, An Act Concerning Connecticut’s Energy Future, establishes yearly renewable energy targets for the renewable portfolio standard. This includes up to 40 percent by 2030, which would significantly reduce carbon emissions from the energy sector. The governor’s bill SB7, An Act concerning climate change planning and resiliency, proposes to place in statue, the Governor’s Council on Climate Change decision on 45 percent below 2001 emissions by 2030, providing and interim target between the 2020 and 2050 goal. Between the Department of Energy and Environmental Protection (DEEP) commitment to advancing energy efficiency and Governor Malloy’s recent bills, Connecticut has set forth a clear path for carbon reduction and the development of a clean energy economy.

These states have presented strong efforts through legislation and regulatory proceedings to bring energy efficiency to the forefront of carbon reduction strategies. It is only the beginning of 2018, but a lot of progress has already been made.

A Note on Appliance Standards

Minimum efficiency standards on appliances and equipment have been called the best energy policy you’ve never heard of. On the federal level, the Obama administration saw standards as a great way to achieve climate goals, but the Trump administration has since cooled on appliance standards. In fact, in December, the US DOE published its calendar of events for 2018 and made it official that most standards they are congressionally mandated to complete will be put on hold into the foreseeable future (moving dozens of expected standards activity into the “long term action” category). In February there was another twist in the story, as a federal court ordered DOE to finalize four standards – for portable air conditioners, uninterruptible power supplies, air compressors and commercial packaged boilers. The standards had been finalized by DOE in December 2016, but had not been implemented when the new administration took office. DOE has 28 days to publish or appeal this order, so we will be watching closely to see if those final four rules will be published.

As new activity in federal standards has slowed down significantly in the past few years, many states have picked up the mantle. NEEP has been engaging with several states in the region to help advance appliance efficiency standards. In Vermont, a bill with new state-level standards has passed the House and is being considered by the Senate. In Massachusetts, another bill with fewer products has passed through committee and is making its way toward the finish. In New York, the governor included a clear objective to set state-level appliance standards in his 2018 State of the State address, and a bill to fulfill that mission is expected this spring. In Rhode Island, a Senate bill aligned with the products from Massachusetts and Vermont has been introduced and the House companion is expected to be introduced very soon. These efforts are also aligned with other state standards activities in Hawaii, Washington, and California. Please contact Claire Miziolek (cmiziolek@neep.org) to learn more or get involved in appliance standards.