In Connecticut, it's Back to the Future ... Unfortunately

Haven't we been here before? 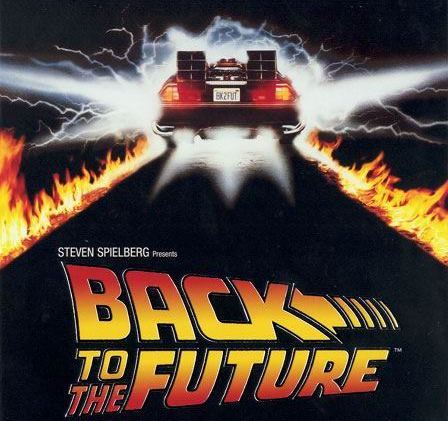 Connecticut's redirection of Energy Efficiency Funds could potentially halt monetary and energy savings.
For the third time in the last decade, legislators in Connecticut have decided to raid the ratepayer-funded clean energy program budgets and divert the monies to the state's general fund to help them close the budget gap. This time, they're taking some $35 million from both the state's Clean Energy Finance and Investment Authority (CEFIA) - which was hailed as the nation's first "green bank" when established two years ago - and from the state's Regional Greenhouse Gas Initiative (RGGI) account, derived from the state's proceeds from the sale of carbon allowances. For both of those funds, this move by the legislature represents not just a violation of the public trust, but a short-sighted nod to political expediency that stands to harm the ratepayers of Connecticut for years to come. Sadly, this isn't the first time in recent memory that this has happened in Connecticut. The first raid of the clean energy funds occurred during the 2003 legislative session when Marc Ryan, budget secretary to then-Gov. John Rowland, proposed diverting the entire $87 million budget of the Conservation and Load Management (C&LM) Fund to the state budget to address a funding shortfall. Despite a broad coalition of environmental and clean energy advocates; energy services companies; manufacturers and retailers – including Lowes, MaxLite, Sylvania and Westinghouse; the Office of Consumer Counsel and the Attorney General; and even Christie Brinkley - speaking out in opposition, the budget was passed and the funds diverted. In response, Connecticut Light and Power temporarily was forced to lay off its energy efficiency staff and informed its customers that it was suspending its energy efficiency programs. (United Illuminating managed to retain some staff so it was able to at least avoid shuttering their programs entirely and losing all momentum.) Here's the editorial against the raid that ran in The Day of New London  in June of that year. While the C&LM funds diversion was temporary and reversed by subsequent legislative action, what was lost was the millions of dollars in savings when the programs were decimated in 2003. It took nearly a year to get the programs back up and running again to a level near where they were prior to the raid. But then, the legislature did it again. In 2010, then-Gov. Jodi Rell proposed, and the legislature agreed, to “securitize” the C&LM Fund, which resulted in some 37 percent of the fund being diverted directly to the state budget, and the additional balance being put at risk by effectively using it as collateral for the state to borrow against. In the end, about $30 million of the C&LM budget was transferred to the general state budget in just the first year of the securitization scheme. Once again, the harmful diversion mechanism was eventually removed, though, the harm done by decimating the programs was harm that could never be rectified, because, in the meantime, Rhode Island, Massachusetts and New York were all significantly ramping up their efficiency program budgets, meaning the contractors and other professionals who could otherwise have been employed on Connecticut’s energy efficiency programs were instead drawn to other business opportunities in neighboring states. The common theme is that, while efficiency funding has eventually been restored following these raids, what can never be restored are the energy efficiency savings or clean energy resource development opportunities missed when the programs are severely impacted by the loss of funding. The funding diversions also send a message to clean energy businesses and others – retailers, manufacturers, distributors, contractors – that Connecticut’s business climate is unstable. And because businesses highly value market certainty and stability, those involved in the clean energy industry will choose to invest in the more stable business climates of Massachusetts, Rhode Island, Vermont and New York than in Connecticut. Budget deficits require hard choices. But choosing to balance the state's budgetary solution on the back of its electric and gas ratepayers represents the easy way out for the state's political leaders, and certainly will harm the state's reputation as a clean energy innovator. That's why a coalition of environmental and consumer advocates, faith-based organizations, businesses, and labor organizations have joined together to condemn the actions of the legislature and the Malloy administration, and call for the Connecticut's policy leaders to keep the promises they made to the residents and businesses of the state. And as you're able, please weigh in with your Connecticut senators and representatives, as well as with Gov. Dannel Malloy's office, and tell them that you want Connecticut's clean energy funding to stay where it belongs.
Tags Clean Energy FundingconnecticutEnergy Efficiencyenergy efficiency policyMalloyratepayerRegional Greenhouse Gas Initiative