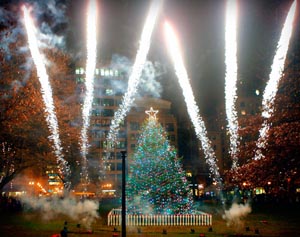 As 2013 nears its end, important work on energy efficiency policy and programs is still on going. Below are the important proceedings that NEEP is keeping an eye on. And keep an eye out in January for the release of our 2013 Regional Roundup, which will contain our summation of the biggest state policy developments and trends from this past year. Additionally, we encourage you to attend the Evaluation Measurement and Verification (EM&V) Forum's Annual Public Meeting in Portsmouth, New Hampshire next Thursday, December 12. A great opportunity to mingle with decision-makers from our region and participate in discussion about key energy efficiency evaluation topics like cost-effectiveness testing, energy efficiency and air regulations, and net savings! Check out the agenda and register here. State Policy Developments Here is a list of key state policy developments we're keeping an eye on: Notable Regional & National Energy Efficiency Developments In addition, in the second half of 2013, both Massachusetts and Rhode Island adopted the latest versions of the model energy code, the 2012 IECC, effective July 1, 2013 in Rhode Island, and July 2014 in Massachusetts. Those updates will result in approximately 20 percent energy savings over the previous version of the building energy code. DOE Proposes New Electric Motor Efficiency Standards: In a key ruling, the Department of Energy (DOE) just proposed new energy efficiency standards for electric motors. The Appliance Standards Awareness Project (ASAP) estimates that the standards could save consumers about $23 billion over 30 years because of the significant role that such motors play in U.S. industry. The joint recommendation by a group including ASAP and NEEP supported the newly proposed standard.
Tags Electric vehicles Energy Efficiency Environmental Protection Agency Internation Energy Conservation Code ISO New England Northeast Public Policy Regional Roundup