The end of the legislative session brought cliff hangers for major energy efficiency bills in two states- one a stunning bipartisan rebuke of Maine's Governor LePage with passage of an omnibus energy bill. The other ending in mild disappointment as the clock ran out for Delaware to pass a bill that would finally create a sustained funding source for its energy efficiency programs. Maine: Omnibus Bill Will Provide Sustained Efficiency Funding Efficiency Maine is preparing to greatly ramp up investments in efficiency, thanks to the June 26 passage of LD 1559,  "An Act to Reduce Energy Costs, Increase Energy Efficiency, Promote Electric System Reliability and Protect the Environment." The bill, passed by gubernatorial overrides of 121-11 in the House and 35-0 in the Senate, will have significant implications for Maine’s energy future, including expanding natural gas pipeline capacity, increasing funding for thermal efficiency, dramatically ramping up efficiency funding and authorizing the Public Utilities Commission to approve the budget of the Efficiency Maine Trust. This bipartisan bill is being hailed a landmark by business leaders and environmental advocates alike. 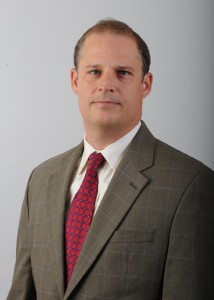 Michael Stoddard, Executive Directive of the Efficiency Maine Trust.
Highlights had the chance to talk with Michael Stoddard, Executive Director of the Efficiency Maine Trust, on what the bill will mean for the future of energy efficiency for the state. “I think people are pleased, but also quickly recognize that there is a lot of work to do,” said Stoddard when asked about the mood of his team after the bill’s passage. “People took about a day to enjoy the passage and then it was right back to the grindstone figuring out how and when to ramp up delivery,” he said, noting that Maine’s fiscal year 2014 stared on July 1. Stoddard, who has been at the helm of the organization since its current inception under the Efficiency Maine Trust Act of 2009, has seen efficiency funding become a political football under a governor who clearly doubts the value of public efforts to help customers undertake efficiency projects. We asked Stoddard, from an efficiency point of view, what does enactment of the omnibus energy bill (Chapter 369 in 2013 Public Acts) mean for Maine? He outlined three big things: 1)      The state’s electric conservation budgets are now on a path to funding levels consistent with the Maximum Achievable Cost-Effective (MACE) potential outlined in the 2014-2016 Triennial Plan. Stoddard noted that they will seek to ramp up over a three-year timeframe, and that a very important change is that the bill restores the Public Utilities Commission’s authority to adjust budget levels in line with the state’s energy savings goals. “The all cost-effective standard has been solidified, and the process amended so that it starts and finishes with the Public Utilities Commission,” he explained. 2)      The bill expands natural gas conservation program to all gas utilities. Currently, Unitil is the only provider large enough to be required to pay into the natural gas conservation fund. With 27,000 customers, their efficiency budget amounts to about $650,000 each year. The state’s other gas utilities are currently small, but the change is an important expansion of the programs. 3)      The bill directs the use of Regional Greenhouse Gas Initiative (RGGI) proceeds to assisting oilheat customers, stating that at least 35% of proceeds shall be used for thermal efficiency programs, without specification of fuel type. With upwards of three-quarters of the state’s residential customers dependent on heating oil, this provision should provide significant relief. “We are really pleased that the level of support for energy efficiency has grown to a point that is totally bipartisan and across all sectors of the economy,” said Stoddard.  “The change in the law is going to provide sustained support for these programs, and we are excited about the change that will enable us to extend the kinds of programs that we run for electric and natural gas to heating oil customers.” The state had run a very successful fuel-blind weatherization pilot with federal Recovery Act funding.  “Now policymakers are saying, ‘let’s create a sustained funding stream,’” Stoddard noted. Part D of the bill also signals that Maine remains committed to the Regional Greenhouse Gas Initiative (RGGI). Notably, the adjustment to the state’s RGGI allowance cap is expected to increase revenue available for the state’s energy efficiency programs. With this change, Efficiency Maine is working to lay the groundwork for greatly expanded heating and weatherization programs. “This will generate enough funds that we project we can reach 3,000-5,000 homes a year for the next three years,” said Stoddard, noting that the state has a long way to go in its stated goal of weatherizing all homes by 2030. “Thousands of homes a year are clearly not going to get us to the target by itself. I think we need to be patient, and realize we are doing market transformation,” said Stoddard. As the first Efficiency Maine Triennial Plan concludes and the 2014-16 Plan gets underway, “Now there are one hundred small businesses that offer BPI audits and/or weatherization, and there are 5,000 Maine homes that have a relationship with one of these contractors,” Stoddard explained. “We hope that many of these homeowners who have done some efficiency work will become repeat customers, and continue moving forward with other measures.” said Stoddard, adding this will continue to build the market and help more Mainers see the value of efficiency as neighbors share their stories. Delaware: On the Right Track In Delaware, meanwhile, negotiators did not to reach accord until the last day of the legislative session, which did not leave time to pass House Bill 179, “An Act to Amend Title 26 of the Delaware Code Relating to Energy Efficiency Resource Standards and Renewable Energy Portfolio Standards.” 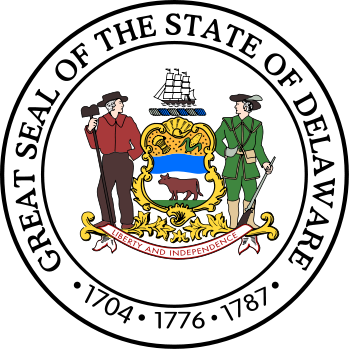 “We’re halfway through the session,” said Tom Noyes, Principal Planner for Utility Policy at Delaware’s Division of Energy and Climate. “Of course we are disappointed we didn’t get it through this summer, but the bill has not died.” With the filing of two amendments, Noyes explained that he thinks that all the key players are on board to support the bill, which he expects could come up for a vote in early 2014. “The bill has broad political support from Republicans and Democrats, upstate and downstate,” said Noyes.  It passed the House 38-0 in June. HB 179 builds on the recommendations of the Energy Efficiency Resource Standards (EERS) Workgroup, enabling and facilitating cooperative efforts to help the state meet its energy efficiency targets. The bill includes: rate recovery for utilities to invest in cost-effective efficiency as a resource, a three year planning and budget cycle for efficiency programs, and a stakeholder advisory board to help oversee the investment of ratepayer funds. It builds upon successful models in CT, MA and other states, and is expected to support hundreds of jobs annually. Secretary of the Environment and Energy Collin O’Mara “has spent a great deal of time on this bill, making it a priority for the Department,” according to Noyes.  “The Secretary has been very engaged in trying to get this bill passed and looking at what we can do in the meanwhile,” Noyes added. HB 179 will expand energy efficiency programs led by the utilities, notably because Delmarva Power will be allowed to recover for investments in efficiency through rates.  But the bill as amended makes clear there is a strong role for the Sustainable Energy Utility (SEU), which will continue to offer programs in coordination with Delmarva and the state’s municipal electric companies and rural electric cooperatives. Noyes said that no time will be wasted in the months leading up to the bill’s reintroduction, building on phase two of an energy efficiency potential study and laying the groundwork for the types of programs that will be offered, and how they will be coordinated. “We want to be able to move expeditiously and see where we can get the biggest return on dollar invested,” said Noyes, adding that there is general agreement that the SEU would remain an integral part of energy efficiency programs in Delaware. “Trying to move this bill has given us more opportunity to engage with all the stakeholders,” Noyes continued. “This gives us a chance to talk about what it means to really do energy efficiency in Delaware.” Noting that there could always be unforeseen roadblocks, Noyes sounded confident about the future of efficiency program funding for the state. “We’ve worked very hard to build broad consensus on this, and we expect that will pay off when the bill comes up for a vote.”
Tags Efficiency Maine Energy Efficiency Public Utilities Commission Regional Greenhouse Gas Initiative